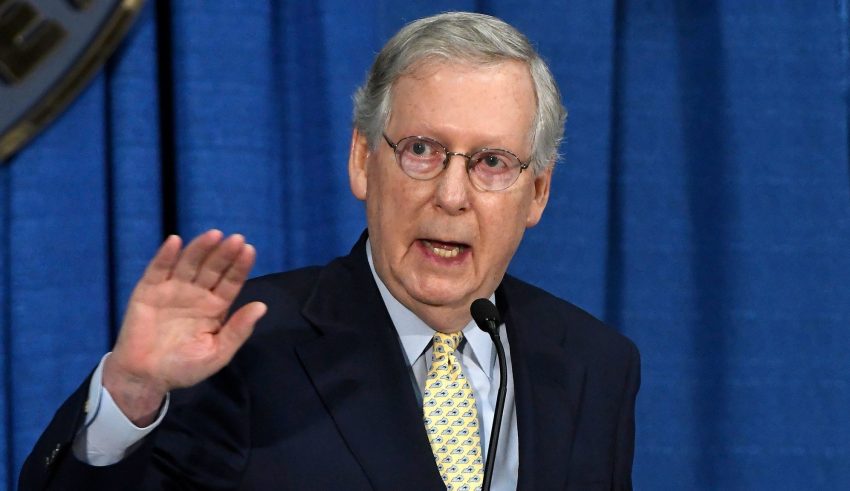 The new tax bill had raised concerns for some Democrats. They believed that the tax bill would affect the Country’s debt and the livelihood of future generations.

Senate Majority Leader Mitch McConnell said the opposite. He thinks that the tax bill would actually decrease the current debt amount.

Most notable about the tax bill was the last minute changes to the documents. It was possible these changes were purposely done at that time to slip through the Senate vote.

Sen. Jon Tester was visibly disappointed with the edited tax bill. “Hey, happy holidays, everybody. It’s the night we’re going to be voting on the tax bill. I just got the tax bill 25 minutes ago,” Tester said in a video.

“I want you to take a look at this, folks. This is your government at work,” Tester said. “Here’s the bill as it’s written. Here’s the modifications that are in it. Can you tell me what that word is?”

Tester tweeted “this is Washington, D.C. at its worst. Montanans deserve so much better.”

Sen. Robert P. Casey Jr. tweeted “how about we take a break until you can type at least this thing up? Maybe read it and get some nonpartisan analysis?”

Bob Corker said “this is yet another tough vote. I am disappointed. I wanted to get to yes. But at the end of the day, I am not able to cast aside my fiscal concerns and vote for legislation that I believe, based on the information I currently have, could deepen the debt burden on future generations.”

“I’m not one of the total supplier siders who just believes that if you cut taxes, no matter what amount, you turn out ahead,” McConnell said. “I still believe in revenue neutrality for tax reform, and I believe this is a revenue neutral tax reform bill.”

John Yarmuth said “there is nothing remotely responsible about forcing through a … hastily conceived bill to give tax cuts to the already wealthy and multi-national corporations.”

“I haven’t run into anybody during this whole tax discussion who’s very successful who thinks they’re benefiting from it,” McConnell said.

“Look, a year or two from now, you guys can make an assessment which one of us was right,” he said to reporters. “The proof will be in whether or not the economy picks up and things get better.”