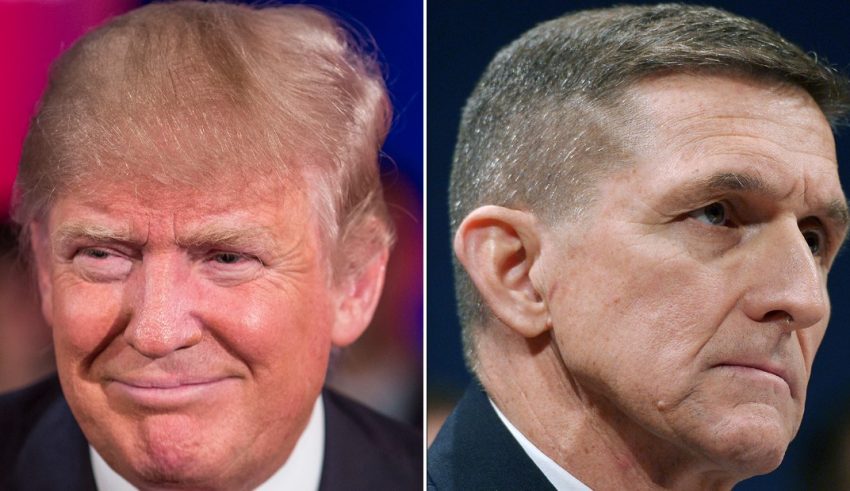 Republicans had passed their long awaited tax bill. The President could finally relish in one of his pet projects and that he did.

He even said after the bill was passed they were unbeatable. Trump apparently paid no intention to the Russian Probe as he tweeted about Michael Flynn.

During his tweet he may have put himself in a spot of bother. His comment could be seen as admittance to a conflict of interest about Flynn’s firing.

Flynn recently pleaded guilty to lying to the FBI. Trump tweeted about his plea and the media believed he may regret what he wrote.

The White House claimed that Flynn had acted alone when he was fired by Trump. Now emails confiscated by investigators revealed that others were involved.

Some of the senior officials of the Trump team knew about Russian interactions before and after it happened.

Ms. McFarland talked about Flynn meeting with Russian Ambassador Mr. Kislyak. “key will be Russia’s response over the next few days,” she said.

Ty Cobb also gave his input into the matter.

“It would have been political malpractice not to discuss sanctions,” he said, adding that “the Presidential transition guide specifically encourages contact with and outreach to foreign dignitaries.”

Cobb certainly sought to find reasons for contact with the Russian ambassador, saying it wasn’t illegal.

“I had to fire General Flynn because he lied to the Vice President and the FBI,” Trump tweeted.

It was believed that Trump might have made a simple mistake and nothing more. What he tweeted about firing Flynn conflicted in regards to the dates.

There was a notable three day difference between Trump’s firing Flynn and when he lied to FBI.

A conversation between Sally Yates and Don McGahn may have caused Trump to believe Flynn was under investigation.

Sally Yates was Acting Attorney General and Don McGahn was White House Counsel at the time.

Yates said “we also told the White House counsel that General Flynn had been interviewed by the FBI on January 24.”

“Mr. McGahn asked me how he did, and I declined to give him an answer to that. And we then walked through with Mr. McGahn essentially why we were telling them about this and the first thing we did was to explain to Mr. McGahn that the underlying conduct that General Flynn had engaged in was problematic in and of itself. Secondly, we told him we felt like the Vice President and others were entitled to know that the information that they were conveying to the American people wasn’t true,” Yates continued.

This could be the reason Trump seemed somewhat less worried about the probe. Nevertheless until the inquiry ends, nothing was set in stone.