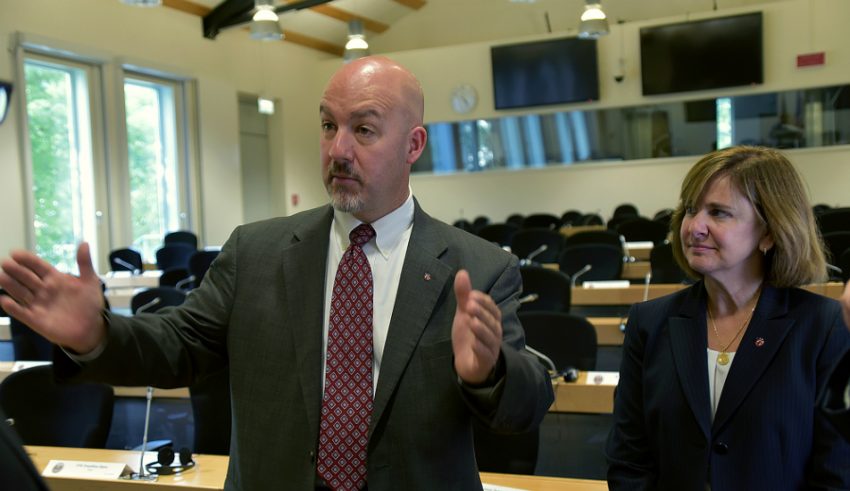 The Russian probe had created relationships and destroyed others. The pressure of the DOJ and the various investigation committees was mostly responsible.

President Trump had accused the FBI of doing a poor job. The FBI responded saying that their agency lived by integrity.

Trump reportedly wanted some members of the FBI to do his bidding. Refusal by a former Director of FBI, James Comey cost him his job.

He was fired amidst a controversy about an email scandal involving Hillary Clinton.

Trump had been pushing for the Russian inquiry to end. This made the situation all the more wearisome. It seemed as though Trump wanted his way or no way. Only investigate what I tell you.

The DOJ had allowed one of its FBI agents to be interviewed by Congress. The Justice Department had faced pressure about allowing the employee to be questioned.

Trump even chipped in by tweeting that the DOJ should acknowledge the subpoena. He tweeted “give this information NOW!”

She said “we disagree with the Chairman’s characterization and will continue to work with Congressional Committees to provide the information they request consistent with our National Security responsibilities.”

“The Department has already provided members of the House Intelligence Committee and House leadership with several hundred pages of classified documents and multiple briefings. Including, for example, clear answers as to whether any FBI payments were made to a source in question related to the dossier.  And has more recently cleared key witnesses they have requested to testify, including Mr. McCabe, Mr. (Peter) Strzok, and the alleged handler in question,” Flores said.

“After years of Comey, with the phony and dishonest Clinton investigation (and more), running the FBI, its reputation is in Tatters – worst in History! But fear not, we will bring it back to greatness,” Trump tweeted.

The FBI wasn’t having any of it from their President. They responded to Trump’s remarks and gave a strong statement.

FBIAA head Thomas O’Connor said “every day, FBI Special Agents put their lives on the line to protect the American public from national security and criminal threats. Agents perform these duties with unwavering integrity and professionalism and a focus on complying with the law and the Constitution.”

“This is why the FBI continues to be the premier law enforcement agency in the world. FBI Agents are dedicated to their mission; suggesting otherwise is simply false,” he continued.

“Nope. Not letting this go. The FBI’s reputation is not in ‘tatters,'” Holder tweeted. “It’s composed of the same dedicated men and women who have always worked there and who do a great, apolitical job.”

“You’ll find integrity and honesty at FBI headquarters and not at 1600 Penn Ave right now.”

The FBI and it’s President need to get along. This certainly wasn’t good news for the Country.