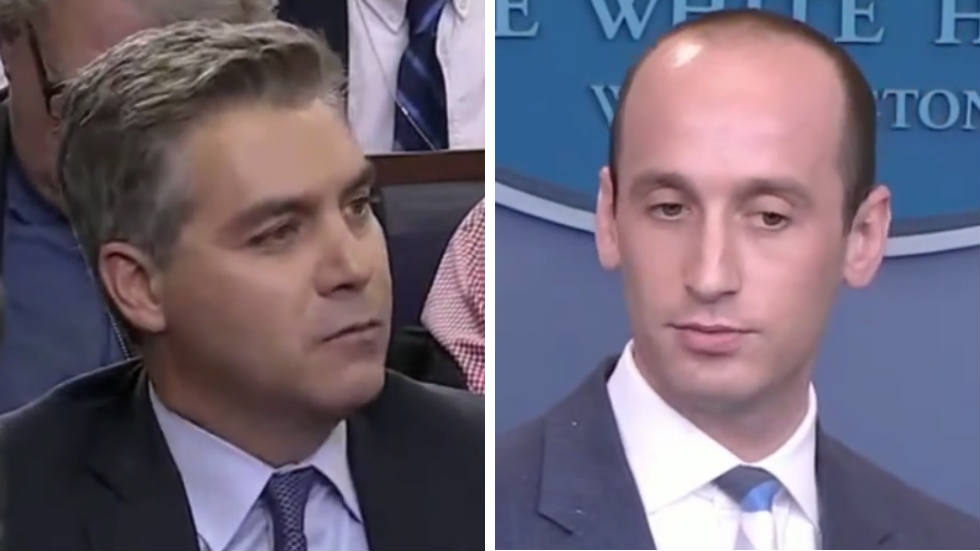 The Immigration Policy was recently endorsed by the Trump Administration. The changes to the Policy have also been announced. These changes are causing outcry from many people. Due to a large number of people who live in the US having family abroad.

That is why the travel ban failed initially in the first place. The ban itself caused a great outcry across the Country. Many high profile people intervened to bring a halt to that process.

This Policy will be a blow to some who have migrated the US. It will change many things in the land of the free. Changes include less migration. There is also a possibility of sending those who have lived in the Country for many years back to their homeland.

Miller didn’t have the resolve to handle the questions put forth to him. This became evident as he responded in a way which was not professional.

It started when Acosta used words from an inscription on the statue of liberty. He said “tired … poor … huddled masses yearning to breathe free” referring to coming to America.

He went on to ask Miller if his administration was “trying to change what it means to be an immigrant coming into this Country.”

The new legislation mentions speaking English. This prompted Acosta to mention that the inscription spoke nothing of English speaking.

Miller eventually responded o the question. He said “The Statue of Liberty … is a symbol of American liberty lighting the world.” He claimed that the poem wasn’t originally there at first.

Miller asked Acosta how many immigrants he thinks should enter the Country based on the poem.

He asked Acosta “tell me what years meet Jim Acosta’s definition of the Statue of Liberty poem law of the land?”

Acosta argued that limiting the amount of people into the Country because of their ability to speak English is wrong.

Acosta said “it sounds like you are trying to engineer the racial and ethnic flow of people into this Country.”

Miller’s response to Acosta’s remarks made the situation even more heated. He said “I have to honestly say, I am shocked at your statement that you think that only people from Great Britain and Australia would know English.”

He also said “It reveals your cosmopolitan bias to a shocking degree … This is an amazing moment.”

Jim Acosta is the son of a Cuban Immigrant. This makes the Policy even more frustrating for him.

“That is one of the most outrageous, insulting, ignorant and foolish things you’ve ever said,” Miller later said.

The verbal assault eventually quieted down. Then Miller gave an apology to Acosta.

Miller said “I apologize, Jim, if things got heated, but you did make some pretty rough insinuations.”

The apology came, but was still backed with a reason for the heated exchange.

previousRussian Sanctions Interferes With Trumps US-Russian Alliance
nextMore Firing As The White House Seeks To Bring Control To Administration
We use cookies on our website to give you the most relevant experience by remembering your preferences and repeat visits. By clicking “Accept” or continued use of site, you consent to the use of all cookies. Privacy Policy
Do not sell my personal information.
Cookie SettingsAccept and Close
Manage consent