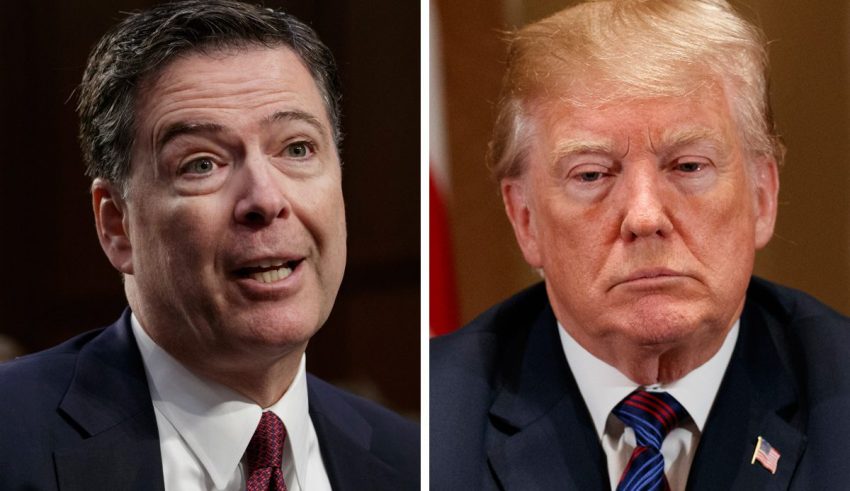 The President of America was known for his many feuds during his time in office. He had faced constant criticism and some may be justly so.

It was clear however that at times he may have been unjustly criticized. The latest feud between James Comey and himself was just another blow to a President who got more than his share.

The feud was considered personal by some, but it could be said that the Trump had done the same on many occasions.

On one end some felt that Comey was out of line, other felt his comments were warranted.

Trump was also dealing with the pressure that was mounting on his personal lawyer. He could possibly prove a link to getting closer to his business and private affairs. If there was any proving Russian collusion, this might be that link but nothing had been proven at this point.

Mueller had accused Cohen of traveling to Prague. Cohen out rightly claimed that he never went to Prague.

Sources claimed that Mueller had evidence that Cohen met Russians in Prague during Trump’s political campaign.

It was believed he met with Konstantin Kosachev, an ally of Russian President Vladimir Putin.

If this was proven a reality it could be a big blow for Trump and a win for Mueller.

“Trump looks slightly more promising,” Kosachev wrote. “At least, he is capable of giving a shake to Washington. He is certainly a pragmatist and not a missionary like his main opponent Clinton.”

This statement was seen as an indication that he supported Trump over Hillary Clinton in the 2016 Election.

However Cohen said “No matter how many times or ways they write it, I have never been to Prague. I was in LA with my son. Proven!”

The name calling between Trump and Comey continued.

Trump called Comey a “slimeball” and tweeted abut Comey’s comment about the election.

Trump tweeted “Unbelievably, James Comey states that Polls, where Crooked Hillary was leading, were a factor in the handling (stupidly) of the Clinton Email probe. In other words, he was making decisions based on the fact that he thought she was going to win, and he wanted a job. Slimeball!”

Comey had an interview with George Stephanopoulos where he talked about the Hillary Clinton email scandal.

Stephanopoulos asked “Wasn’t the decision to reveal influenced by your assumption that Hillary Clinton was going to win, and your concern that, she wins, this comes out several weeks later and then that’s taken by her opponents as a sign that she’s an illegitimate President?”

“It must have been,” Comey responds, adding, “I don’t remember consciously thinking about that, but it must have been. I was operating in a world where Hillary Clinton was going to beat Donald Trump.”

“I’m sure that it was a factor. I don’t remember spelling it out, but it had to have been. That she’s going to be elected president, and if I hide this from the American people, she’ll be illegitimate the moment she’s elected, the moment this comes out,” he added.

The views about the feud were seen in different light by others who voiced their opinions.

“Comey’s saying all these things about the President. … To me it is not justified at all — it shows to me a bit of pettiness or b—-iness on Comey’s part,”Pete King said. “I had a much higher regard for Jim Comey before all of this.”

On the other hand “There are no low blows when it comes to this President,” said Ruben Gallego. “He’s lowered the bar so far that he doesn’t deserve the same amount of respect that other presidents have in the past. So I’m not going to criticize somebody for not holding back.”