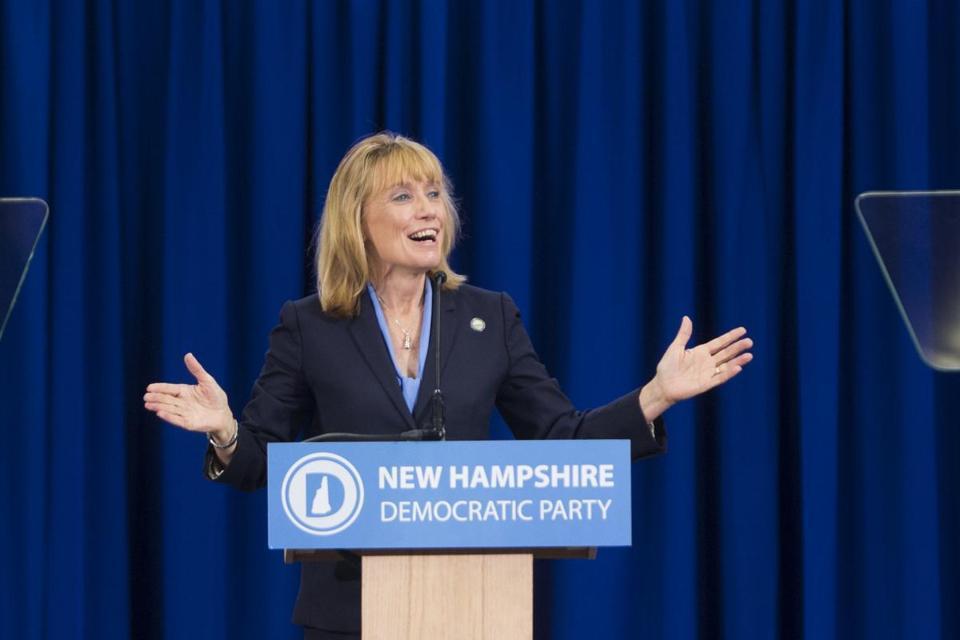 Trump continues to put his foot in his mouth. His latest comments on New Hampshire has caused outcry from its residents. It is amazing that the President would say such things. Especially since Trump won in the State of New Hampshire

It is reported that Trump said “I won New Hampshire because New Hampshire is a drug-infested den.” This allegedly occurred while he was talking to the Mexican President.

Such comments could backfire to haunt Trump later. New Hampshire is considered a must win Primary State. Ironic that Trump spoke badly about Mexico and drugs. Now he is speaking to the Mexican President about drugs and New Hampshire.

Senators took to twitter to tweet about what Trump said. They expressed their disgust. Senator Maggie Hassan tweeted Trumps comments about New Hampshire are disgusting. As he knows, NH and states across America have a substance misuse crisis 1.

Another tweet read Trump owes NH an apology & then should follow through on his promise to Granite Staters to help end this crisis 1/2.

This all only matters if Trump is seeking reelection. Some believe that Trump lacks understanding. His comments show he doesn’t understand the drug problem.

Mexico is responsible for some of the drugs coming into the Country. Despite this fact, many over the counter drugs and prescribed drugs are causing problems too.

New Hampshire has an opioid problem, which is killing more Americans than heroin.

It is estimated that an average of 142 people die daily because of this epidemic. Christie asked the President to declare a National Emergency.

Despite all of this, Trump hasn’t done anything to assist the problem.

Reports indicate that over 2 million people suffer from heroin and opioids addiction.

It is claimed that Trump used the very drug problem to win the election. It is said that he talked about drugs most of the time. He winning the Presidency has its roots in the drug talk.

Trump hasn’t kept his promise about solving the drug problem.

If Trump thinks New Hampshire is a drug infested den. Then why isn’t he doing anything about it? A recent request was made by Christie to Trump.

The people of New Hampshire have a lot to offer. The epidemic doesn’t represent the State, just a portion of those who live in it.

Why has Trump chosen to speak about the people of this State in such a way? What could be the reason for such a move?

New Hampshire is considered a swing State, but the US is far from election time. Trump’s time in the White House so far has seen him with 1 win.

Trump has only been able to get his pick on the Supreme Court. Trump has been having a hard time getting his Policies supported by Congress.

previousRussian Probe Causes Mueller To Issue Grand Jury Subpoenas
nextTrump’s Ratings Drops Even Further As He Lacks Accomplishment
We use cookies on our website to give you the most relevant experience by remembering your preferences and repeat visits. By clicking “Accept” or continued use of site, you consent to the use of all cookies. Privacy Policy
Do not sell my personal information.
Cookie SettingsAccept and Close
Manage consent