Trump Jr. Implicates Himself While Trying to Deny Election Tampering With Russia 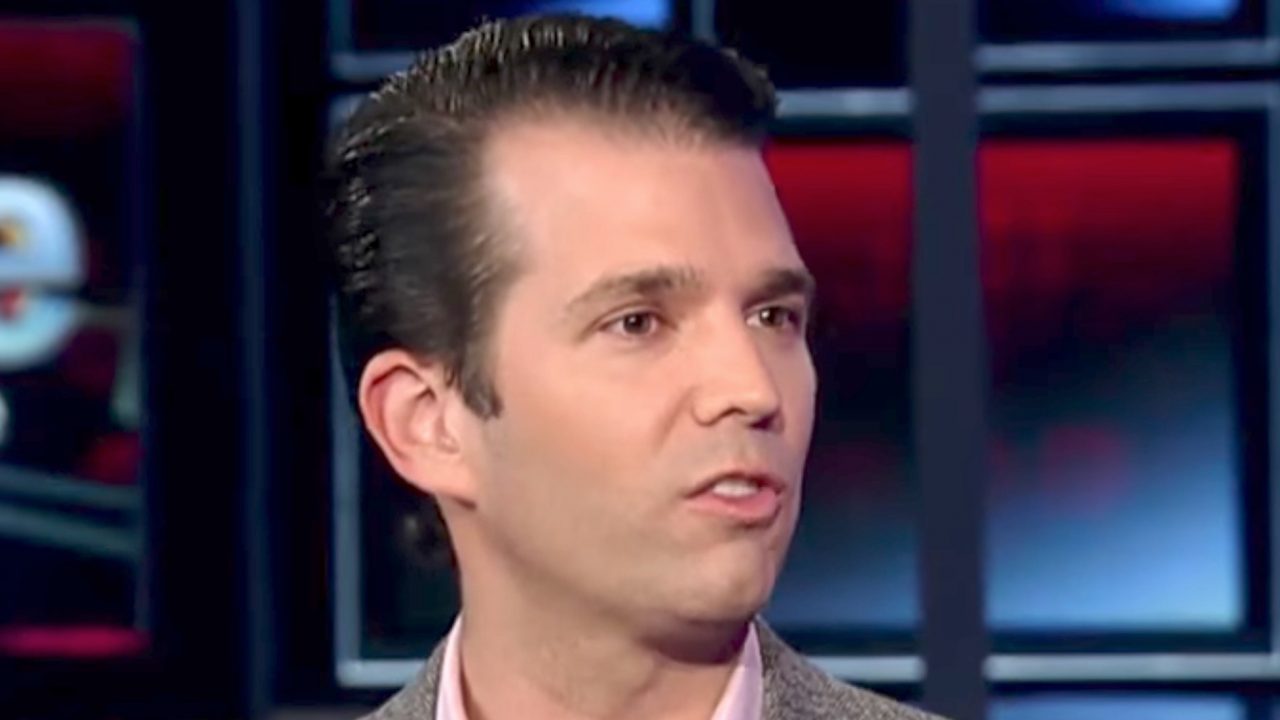 He admitted to meeting with a Russian Lawyer about dirt on Hillary Clinton. He said he wanted to be sure she would make a good President.

He said “to the extent they had information concerning the fitness, character or qualifications of a Presidential candidate. I believed that I should at least hear them out.”

NBC News obtained the very remarks and said they were prepared.

Trump Jr. also said “Depending on what, if any, information they had, I could then consult with counsel to make an informed decision as to whether to give it further consideration. I also note that at this time there was not the focus on Russian activities that there is today.”

Trump Jr. seems to have implicated himself though. Though he claims nothing came of the meeting, questions linger.

Democrats had already intended to focus on the said meeting. The same meeting is the reason Investigators believe that Trump was involved.

They don’t think it is a coincidence that Russia meddled with Elections after meeting with Trump Jr.

He said “I answered every question posed by the committee related to this topic. As well as of their questions on other topics, until both sides had exhausted their lines of questioning. I trust this interview fully satisfied their inquiry.”

The Committee who questioned Trump Jr. was a mix of Democrats and White House staff. Senators Dick Durbin, Chris Coons and Richard Blumenthal were the Democrats at the meeting.

Jared Kushner and Paul Manafort were there as well. Trump’s questioning wasn’t done under oath.

Senator Richard Blumenthal said the closed meeting is like a preparation trial.

He said “think of it more like a preparation for the trial, much like a deposition. Where a witness may be asked questions, and we can use his answers to potentially impeach him when he testifies at the public hearing.  In other words, to contradict him.”

Trump Jr. has to be mindful of this fact. He has changed his story about what happened overtime. Any story that consistently changes shows as guilt.

His initial story changed after the emails showed it was all about Clinton. He responded to the claims in the email. He said “if it’s what you say I love it especially later in the summer.”

Sen. Blumenthal talked about his concerns regarding the issue.

He said “My worst fears, among them, are that this meeting may have been a prelude or an overture to more coordinated activities involving collusion between the Trump campaign and the Russians. In their interference in our election, and that after there was obstruction of justice.”

He continued, “which is very much front and center and involves also following the money.”

Trump Jr. faces an uphill plight despite his denial of any colluding with Russia. The meeting with Kremlin is the platform for his guilt.

Whether he did it or not, the meeting makes him look guilty.

previousHillary Clinton’s Blame Game Continues As She Attack Women
nextCan The Chicago Mayor Rahm Emanuel Actually Ban Trump From Chicago?
We use cookies on our website to give you the most relevant experience by remembering your preferences and repeat visits. By clicking “Accept” or continued use of site, you consent to the use of all cookies. Privacy Policy
Do not sell my personal information.
Cookie SettingsAccept and Close
Manage consent