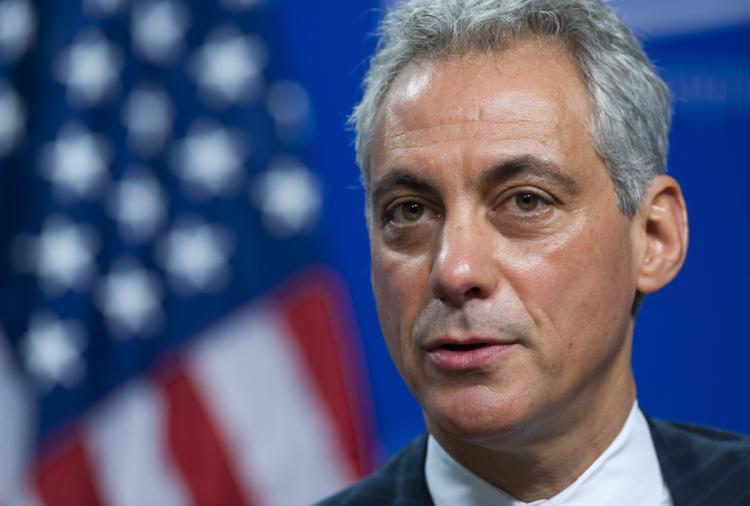 The Mayor of Chicago has declared Illinois a Trump free zone. Trump recently ended DACA which caused the Dreamers to protest.

The Mayor held a press conference shortly after it was declared DACA had ended. This has placed over 800,000 plus people in a dire situation.

The declaration means that all of these people have to leave the US. They have made America their home for many years.

The majority of the Dreamers have nothing to return to at this point. Trump has been implementing stiff measures to curb immigration.

He has focused on those already living and working in the US. Another step has been to keep anyone else from doing the same.

The Mayor said “this is your home and you have nothing to worry about. Chicago, our schools, our neighborhoods, our city, as it related to what President Trump said, will be a ‘Trump-free zone’.”

The Mayor has promised to do all he can to help.

“You will always be Dreamers in the eyes of the city of Chicago, because you have big dreams and we want to be a part of those dreams,” he said.

The ban seems farfetched since we are talking about the President. Even if the ban made it to Court, it is unlikely to hold.

This is the first time a President has been publicly banned from a State.

The Democrats have shown their disapproval of the bill’s closure. This has been reiterated by Mayor Emanuel.

The US has a long history of banning immigrants. Trump joins those Presidents who have done the same.

The ban in itself is no major concern for Trump. He has no plans to visit Chicago any time soon. The matter may reach a turning point if conflict arises over the students.

Can the Mayor over power an Executive order? Will the Democrats be able to do what was done with the travel ban?

President Trump has been blasted about his stance on the matter. He later said he would revisit his decision in 6 months.

This is based on the results at the ending of DACA.

Democrats called the move “wrong, immoral and insulting.” They totally disagree with the decision and are fighting to save the Dreamers.

15 States have already filed a lawsuit to block the end of DACA. They say it is racially motivated against Mexicans.

Kari Hong is an immigration expert at Boston College Law School. He said “it might be able to muck up the works, maybe push off the effective date of the repeal.  But I don’t see litigation being successful in the same way as the travel ban.”

Democrats are seeking for ways to delay what might seem inevitable. The most outrageous move has come from Mayor Emanuel.

previousTrump Jr. Implicates Himself While Trying to Deny Election Tampering With Russia
nextWhy Did John Kelly Ban Omarosa From Certain White House Meetings?
We use cookies on our website to give you the most relevant experience by remembering your preferences and repeat visits. By clicking “Accept” or continued use of site, you consent to the use of all cookies. Privacy Policy
Do not sell my personal information.
Cookie SettingsAccept and Close
Manage consent