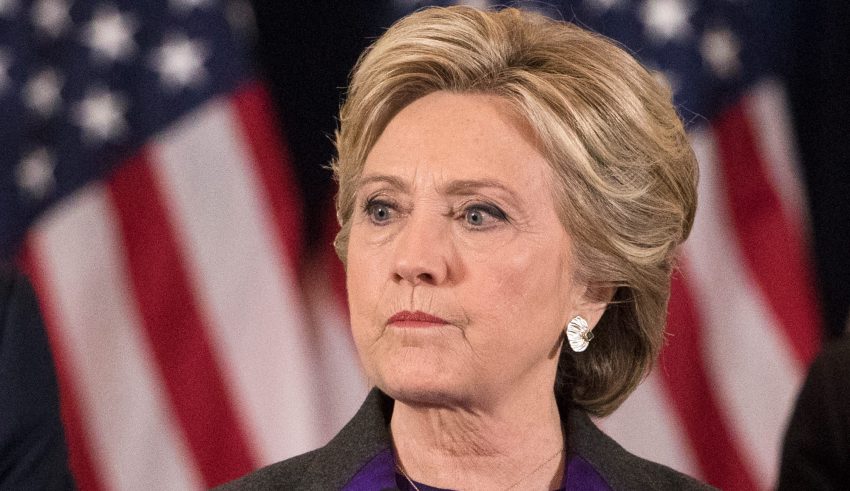 If Hillary Clinton had won the Election, she would have been the first female President. She lost however and it was a devastating blow to her career.

Her self esteem suffered as well, it took a while before Hillary resurfaced. She won the Democratic Presidential race between herself and Sanders.

She blamed Sanders for her downfall among any others. Clinton attacked Sanders during the debate so it was considered a fair fight.

Now Clinton is about to release her new book. Clinton’s book talks about all the people who caused her to lose.

Some of the names in the book would surprise you. Hillary was very stern towards women voters. Her question was “why weren’t you there for me?”

Hillary blamed Politicians, women, FBI and even a member of the media. Matt Lauer received blame for asking about her email scandal. She said “Lauer had turned what should have been a serious discussion into a pointless ambush.”

Bernie Sanders supporters were blamed for their taunting. The women that expressed their disgust with many issues voted against her as well.

Hillary said “I couldn’t help but ask where those feelings of solidarity, outrage and passion had been during the election.”

Trump’s perception of women was degrading. Hillary believed this would have given her an edge among female voters.

The results however prove otherwise. Despite winning the popular vote, Clinton lost the Election.

The lost to Trump was a shock for many, especially the Leaders of the World.

The Russian hackers also received blame for their role. They caused Clinton lots of problems with her email scandal.

The email scandal was the biggest downfall for Clinton. Many of the female voters believed she was guilty. The lack of transparency was enough to overpower Trumps behavior to women.

It was Trump’s arrogance against Clinton’s lack of transparency. This is what the Election came down to. More people wanted Clinton, but lost faith in her after the scandal.

She was never convicted of anything. There are claims that Obama ordered the Justice department in her case. Majority of the emails never reached investigators.

Jim Comey the former FBI Director was also involved in that case. He too was blamed for what he said about Clinton.

Comey was doing his job, even if not as he should. According to claims he was withholding valuable information.

Trump pushed to get information from Comey, but none was forth coming. Comey was eventually fired for what was considered his refusal to cooperate.

The result was due to the voter’s convictions. Many had a change of heart because of the email scandal. There were many interviews with women who said they preferred Trump.

Clinton’s inability to prove her innocence is what bothered them the most. The accusations are all in the new book.

How many of these accusations are valid is another thing altogether.