Trump Hires Kelly To Take Over As Chief Of Staff 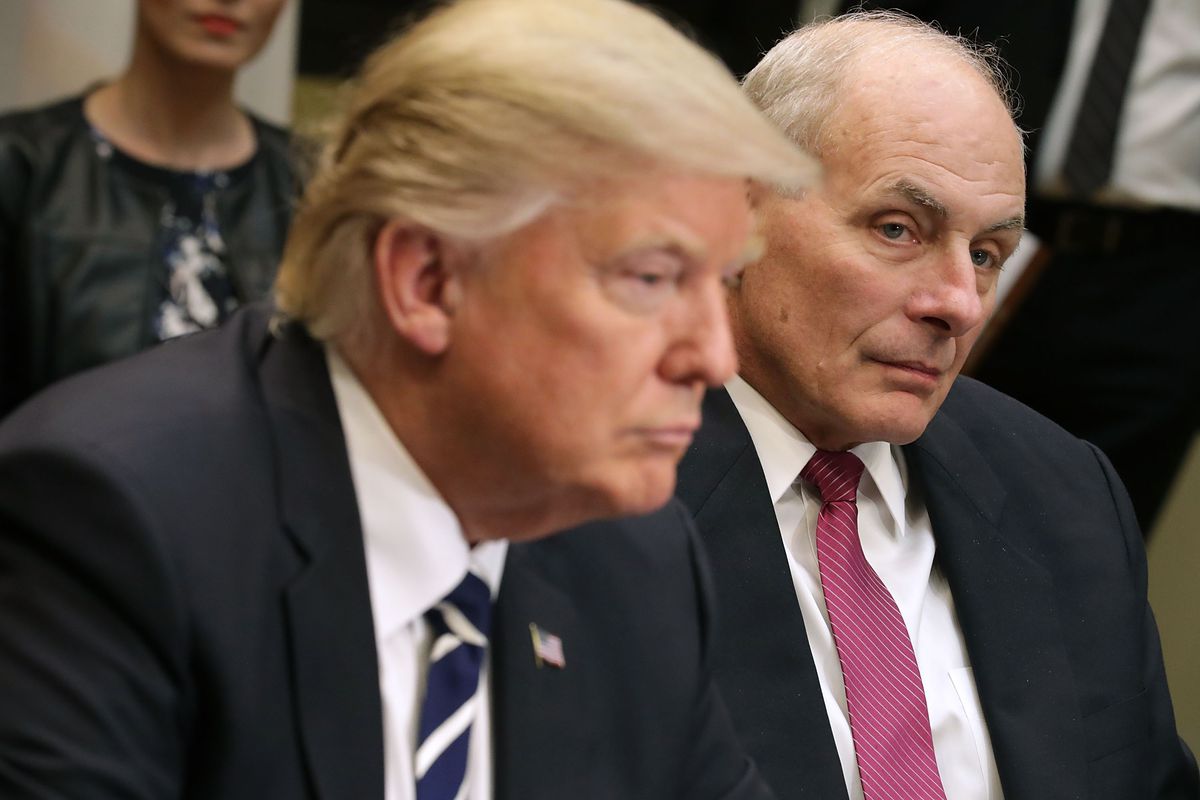 President Trump has hired a new Chief of Staff. His name is John Kelly, a retired four-star Marine General. He will fill that post shortly after he is sworn in. Kelly is 67 years old and served in the infantry for over 30 years.

Kelly’s experience is military and not legislative. Trump is relying on his tactics and commanding attitude which he developed in the army.

John E. McLaughlin said that “Kelly is an incredibly disciplined person who could bring order to the process if the animals in the zoo behave.” He is also quoted as saying “The danger he has is that Trump will be Trump.” John McLaughlin was an acting Director if the CIA and served 7 Administrations.

“It will be a challenge for someone who has demonstrated great discipline, speaking of General Kelly. To be able to introduce President Trump to some of the discipline he should have in the Oval Office” Said Andrew Card.

Card himself was once a Chief of Staff. He was George W. Bush’s first Chief of Staff. He also said “Great Generals do not allow impulse to dictate how they are going to inspire other people to do their jobs. Generals appreciate the consequence of decisions.”

Trump hired Kelly to control his staff at the White House. He is hoping that Kelly’s military expertise will be the General’s way of discipline. It is all about respect and toughness, qualities Kelly is known for. He also believes that some may even fear Kelly, helping his purpose.

The main problem Kelly will face may come from Trump himself. It is all about what Trump wants Kelly to do. This doesn’t involve disciplining Trump, just his officials.

It will take more than Kelly to get things on track. This is due mainly to the differences among the staff. It is like having warring factions in the same building. Any house that fights inwardly won’t succeed. It will only be a matter time before it all blows up.

Trump can be very impulsive, especially when it comes to having his way. He has proven this time and again. Twitter has been his greatest tool for being impulsive and acting like a bully.

Whatever the President had in mind when he hired his current staff backfired. The intent was a set of individuals he could control and manipulate. That however has backfired and now his house is full of chaos.

Apparently there is no special model for those who take the position of Chief of Staff. It is more based on the type of person the President is at the time. Which seems to be the very case, since Trump’s reason for hiring Kelly is for his own cause.

The General is there to turn the White House staff into a well functioning group? Can he bring a turnaround to the situation?  If he can, it is worth seeing and noting. Noting more so, his strategy and it’s success.

previousNorth Korea Fires Another Missile And Security Council Plans Meeting
nextIs Pence Ready For Inauguration If Trump Is Impeached?
We use cookies on our website to give you the most relevant experience by remembering your preferences and repeat visits. By clicking “Accept” or continued use of site, you consent to the use of all cookies. Privacy Policy
Do not sell my personal information.
Cookie SettingsAccept and Close
Manage consent