Is Pence Ready For Inauguration If Trump Is Impeached? 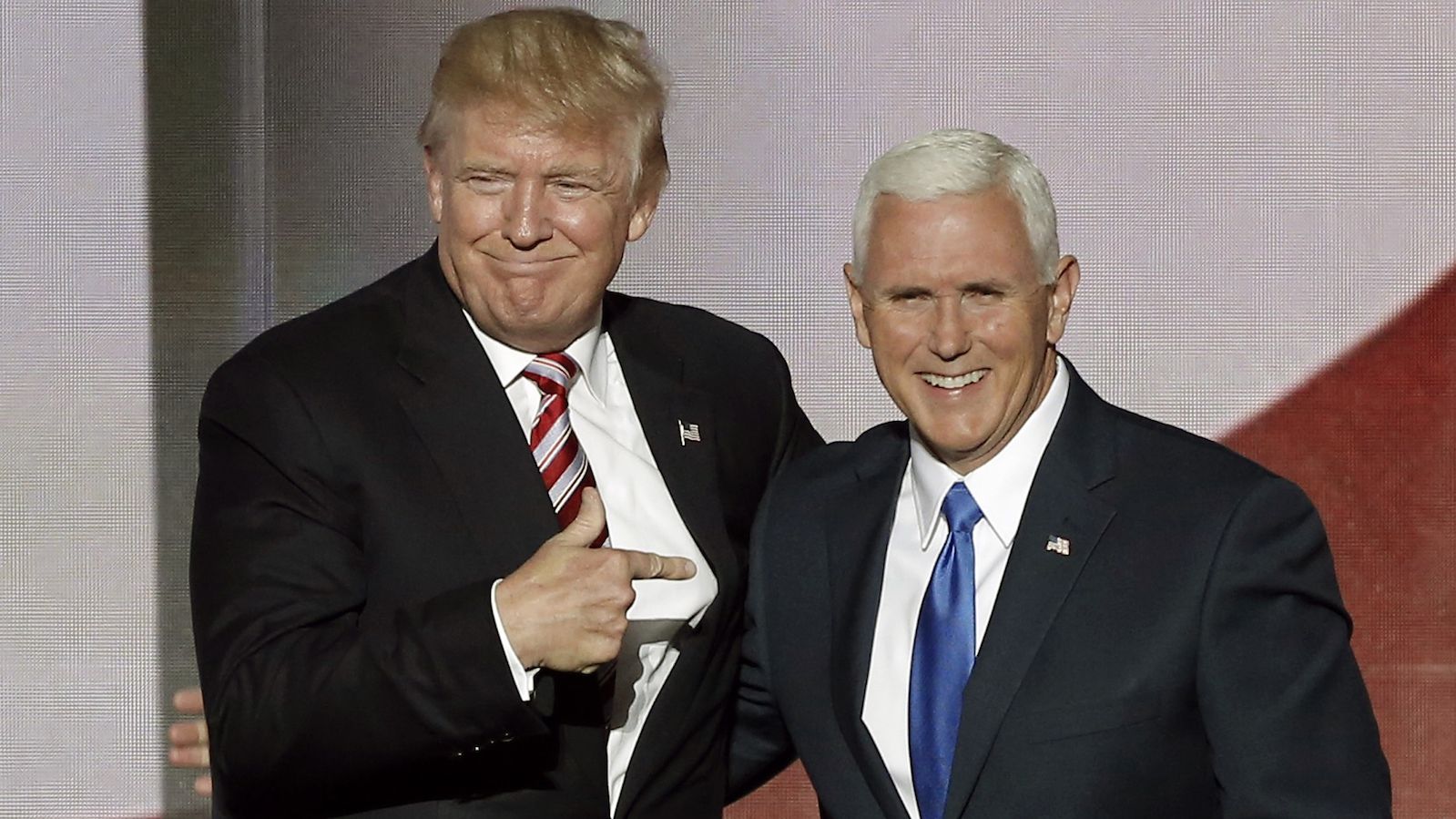 After reading a headline talking about Vice President Mike Pence planning his inauguration it seemed comical. After all Pence is Trump’s right hand man right? Isn’t he doing all in his power to help the President through every situation?

Thinking pensively, one has to wonder what role Pence is really playing. Is Trump the puppet, while Pence is the puppet master? Trump acts the part of the big bad bully President, but that isn’t really working too well.

Can you see Pence encouraging Trump to be himself? As he tweets and rants about being the boss, Pence keeps smiling to himself. Eagerly anticipating his rise to Presidency as Trump makes a fool of himself.

Trump is noted for putting his foot in his mouth. Here are a few examples for you to consider. The wall that Trump plans to build had different heights at times. This was due mainly to crowd pleasing during campaign rallies. Let’s call it Trumps indecisive wall.

The many times Trump had nothing nice to say to women, even during his campaign run. Some of the women in media were ridiculed by Trump, who offered no apologies. These women might soon have their chance to get the last laugh. Could it be Trump is afraid of women, so he lashes out to seem strong?

Maxine Walters tweeted that she believes Mike Pence is already planning his inauguration. With the idea of Trump being impeach as the main reason for the tweet.

Mike Pence is somewhere planning an inauguration. Priebus and Spicer will lead the transition.

Funny enough is that the 2 persons mentioned have already resigned. Which means the idea would be to out Trump and rehire Priebus and Spicer.

It is believed that no impeachment is forthcoming at this time. Trump may very well prove that he is capable of impeaching himself. With Trump anything is possible; nothing should be taken for granted.

It looks like the guys resigned to await their comrade’s takeover of the White House. Let’s hope they don’t have to wait very long, since resigning would be in vain.

Their purpose may have worked better if they stayed in the White House and cause Chaos. Maybe the idea of Kelly’s entrance scared them away. That is to say they already knew and Trump didn’t make the decision suddenly.

Imagine Trump once tried to make a fly squatter of his Chief of Staff report says. This would make anyone angry and disgruntled. Fortunately because of security it’s unlikely anyone would be taking lives in the White House.

On that note, consider the Secret Services who need to be more careful with their weapons. It is amazing what Trump has done so far and continues to do. Is Trump somewhere playing impeach me, impeach me not. Could Pence be spending his time practicing the Presidential role? Or is it all just a hoax, a David Copperfield moment?

previousTrump Hires Kelly To Take Over As Chief Of Staff
nextTrump’s Policy To Police When Handling Suspects
We use cookies on our website to give you the most relevant experience by remembering your preferences and repeat visits. By clicking “Accept” or continued use of site, you consent to the use of all cookies. Privacy Policy
Do not sell my personal information.
Cookie SettingsAccept and Close
Manage consent