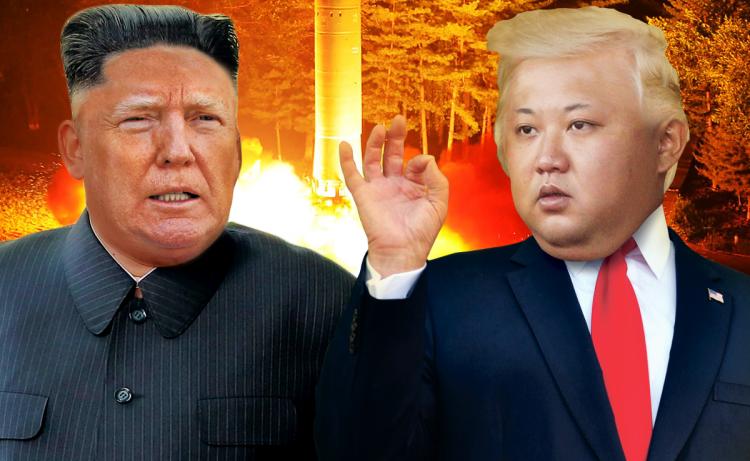 Some World leaders have gone to a new low it seems. They are now what can be considered “child’s play”.

Children are usually the ones who do such things. But now both Trump and Kim have resorted to name calling.

Trump is the one who has been calling Kim names initially. Kim has finally decided that he will answer back.

His response to Trump’s Rocket Man speech at the UN caused a stir. Kim Jong-un called Trump a “dotard”.

The name caused a rush on the internet. Large numbers of people searched to find the meaning of the term.

Despite throwing the first punch Trump was mortified by Kim’s name calling.

Kim Jong-un called Trump a “mentally deranged U.S. dotard.” The term dotard refers to someone who is senile, a weak old person.

Trump didn’t take this lying down. He was quick to respond with his new name calling. The rocket man went out the window. In comes the new term “madman”.

He tweeted “Kim Jong Un of North Korea, who is obviously a madman who doesn’t mind starving or killing his people, will be tested like never before!”

The name calling is only making the situation worse. You have two men with large destructive bombs at their disposal.

These two men are playing games with the lives of millions of people. When children resort to name calling, it usually ends in a fight.

Let’s hope the name calling doesn’t escalate to such anger that a button is pressed.

The greatest fear is how far will the name calling go? The two leaders have also made many threats and continue to do so.

World leaders watch anxiously as they believe Trump’s actions will cause problems.

What is noticeable is that many fear Kim will react. The question is why do they have such a fear?

It seems that many believe Kim is a problem. Leaders are fearful of him, but offer no reasonable solution to quell him.

Trump on the other hand, like Kim is not easily controlled. Both leaders have similar characteristics. Trump has been criticized by leaders of calling Kim rocket man.

Kim has been slammed for consistent firing of missiles. He continued even after he was asked to desist from the practice.

Both Trump and Kim play by their own rules. Trump has taken an approach unseen by any other President or World leader.

Kim has been his own boss pretty much. He has done as he like despite certain restrictions from the UN.

The fact that both men are similar in some ways can be scary. What is next must be on the minds of most.

Another launch is expected from Kim according to some. Will it just be like the others that land in the sea?

Or could Kim be up to something more sinister?

If Trump believes his Country and allies are at risk what will he do?

Could he take the first punch, just like he took the first to name calling?

previousCould We Soon See Kelly Exiting The White House
nextTrump And Sports World At Odds Over Comments He Made
We use cookies on our website to give you the most relevant experience by remembering your preferences and repeat visits. By clicking “Accept” or continued use of site, you consent to the use of all cookies. Privacy Policy
Do not sell my personal information.
Cookie SettingsAccept and Close
Manage consent