Could We Soon See Kelly Exiting The White House 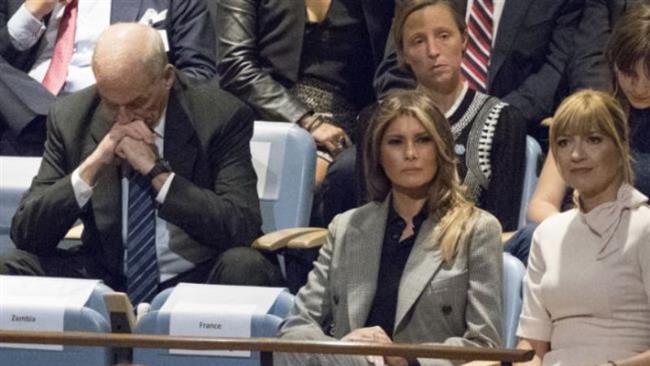 The media has been poking fun at John Kelly. He has the task of supporting the President and help keep him in check.

The media has shown how Kelly is handling Trumps behavior by looking at his gestures. It is clear to see that he is very upset with what Trump says.

When Trump addresses the Nation one doesn’t know what he will say. He has proven so many times that he can’t keep with the script.

Every person who has taken the Chief of Staff post couldn’t handle it. Trump has proven too much of a foe than an ally.

Many thought Kelly could do differently. Unfortunately that isn’t the case.

Kelly’s expertise as a General didn’t help him. It is a different situation to tame a President. Trump is different to any other President the Country has ever had.

Furthermore he speaks his mind without reservation. Even if he has to come back later and tone down what he said.

He doesn’t always change his words though; at times what he says stays.

The expressions on Kelly face say it all. You have to wonder how much longer Kelly will stay.

He is having a hard time with Trump. The only persons he has been able to tame are White House staff members.

Recently at the UN, Kelly held his head down in disbelief. During his speech Trump threatened to annihilate North Korea.

Trump seems on a course to destruction. This is evident by Kelly’s many expressions as Trump speaks to the media and at an International level.

Kelly may be left with two options if any. He may have to get tougher with the President and risk getting fired.

Or he may have to just resign before he sinks with the ship.

If there is a third option, what could that option be? Kelly probably regrets taking the position. It seems he didn’t take into consideration what it would take to tame the President.

Polls have recently shown a rise of confidence in Trump by some. But will this be enough to keep the ship afloat?

Does Kelly have what it takes to see Trump through all that is ongoing? Or will he just throw his hands in the air and give up?

His years as a General may have been productive, but this is altogether a different case.

Analyst said they believe Kelly’s expertise would serve him well. Up to this point it has done nothing for him.

This is evident in Trump’s many speeches. It is also evident in the many faces of John Kelly as Trump speaks.

The clock is ticking, but when will it strike?

previousTrump’s Speech At The UN Leaves Many Speechless
nextTrump Calls Kim Jong Un A “Mad Man” After Jong Called Him A “Dotard”
We use cookies on our website to give you the most relevant experience by remembering your preferences and repeat visits. By clicking “Accept” or continued use of site, you consent to the use of all cookies. Privacy Policy
Do not sell my personal information.
Cookie SettingsAccept and Close
Manage consent