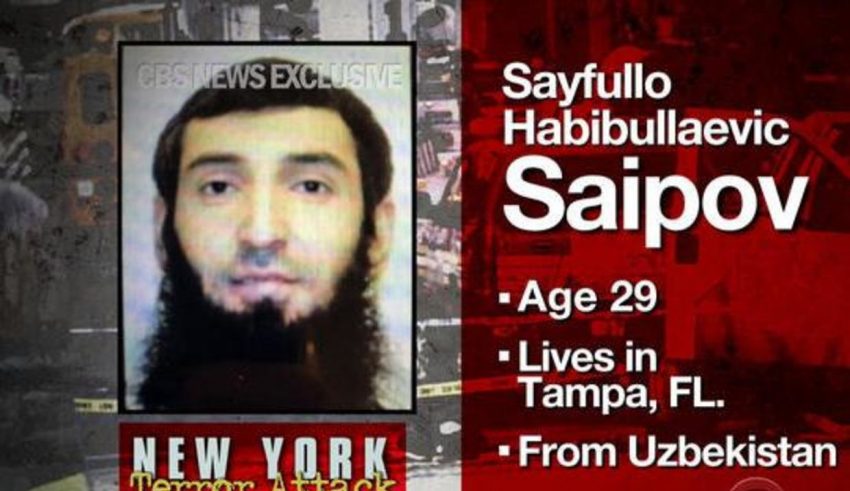 The recent attack in Manhattan has been blamed on Chuck Schumer and diversity. The sad and tragic incident unfolded on a bicycle pathway.

It was clear that the accused intended to cause death and harm. Reports indicated that a home depot labeled truck was used.

The accused name is Sayfullo Habibullaevic Saipov from Uzbekistan according to investigators.

Saipov gained citizenship through the Diversity Immigrant Visa Program. This is a program that Trump detests and wants to see off the books.

Stiffer measures could be coming after this incident.

Trump had been pushing for changes to the immigration policy. This attack has added more fuel to his proposal.

He tweeted “We are fighting hard for Merit Based immigration, no more Democrat Lottery Systems. We must get MUCH tougher (and smarter).”

The President was certainly upset about the diversity program.

Trump tweeted “came into our country through what is called the ‘Diversity Visa Lottery Program,’ a Chuck Schumer beauty.”

Trump said he ordered the Department of Homeland Security “to step up our already Extreme Vetting Program.”

The travel ban along with the ending of DACA has already limited those entering America.

With a stronger sense for deeper vetting entering the US will get tougher.

Schumer has a different take on an already delicate issue. He said he has “always believed and continue to believe that immigration is good for America.”

He thinks that Trump is “politicizing and dividing America, which he always seems to do at times of national tragedy.”

The immigration policies and travel ban affect many Americans. This has put a serious strain on some marriages and family ties.

On the other hand many people are losing loved ones to various attacks. These attacks won’t help those who hope to see loved ones.

“I’m calling on the president to immediately rescind his proposed cuts to this vital anti-terrorism funding,” Schumer said

It is unlikely the President will back off his proposals. He tweeted “We will stop this craziness.”

Schumer will have a tough time as there is little chance of any of Trump’s immigration policies supporting diversity.

Trump is adamant about ridding the Country of immigrants. So it seeing stiffer changes can be expected.