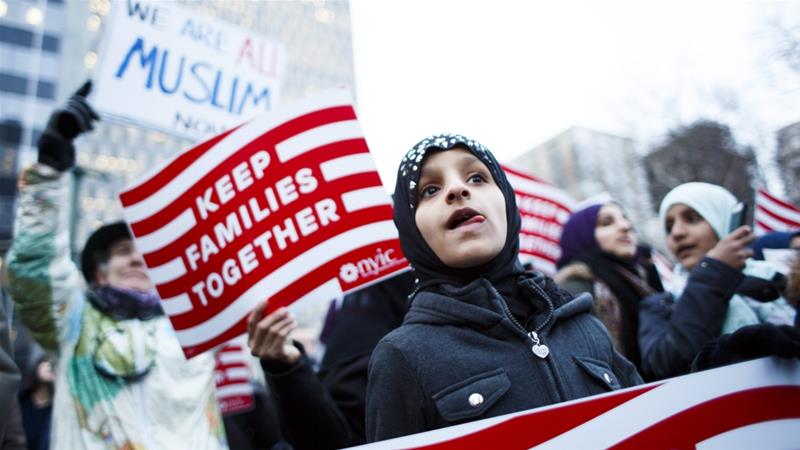 Good news for grandparents and other relatives of families in America. The Supreme Court has blocked Trump’s travel ban from stopping family members from entering the Country. This is good news for many families who want to see their relatives.

The ban is a partial one for those seeking travel into the US. A ruling was given in June, exempting any person or persons with legitimate connections from being banned. Countries affected by the order are Somalia, Libya, Yemen, Sudan, Iran and Syria.

6 Countries have been affected by the ban; this is a small win for Trump. Guidelines were given by The Trump Administration. The guidelines only included parents and children. Excluded are grandparents, cousins, nieces, nephews and in-laws.

Justices Neil Gorsuch, Samuel Alito and Clarence Thomas said they would have kept the guidelines. The Court said that a review should be done. The 9th US Circuit Court of Appeals should review the case they said.

Those who opposed Trump’s travel ban argued that his Administration had a very narrow interpretation of the ruling. They took the matter to Court quickly and the Justice ruled in their favor.

Neal Katyal was the lead lawyer in the matter. He said that the ban was unfair. He wrote “Compelling a grandparent to be apart from his grandchild. Especially one seeking refuge from violence or persecution — inflicts hardship of unbearable severity

Federal District Judge Derrick Watson of Hawaii was in favor of lifting the ban on other relatives. The full challenge will be heard later in the year.

“In large part this is a loss for the Trump administration because it suggests that a majority of the court disagrees with the guidance the government issued after the Supreme Court’s initial June 26 order,” said Steve Vladeck.

Vladeck is a professor of law at the University Of Texas School Of Law. He is also a CNN Supreme Court analyst.

He continued by saying “it also suggests at a more basic level that the Justices are going to leave these issues to the lower courts.  At least until the full case returns to the court next fall.”

Kaytal urged the Court to leave the matter in the lower court. He also asked that special agencies who can help with resettlement come forward. He asked the Justices to give some sort of assurance, that assistance would be forthcoming.

The biggest argument involves the threat of life for many who are denied access. That is why Kaytal is asking for help with resettlement. This contention is far from over as this matter resumes later in the year.

Trump will keep pushing for a full travel ban. Lawyers will continue to defend the less fortunate. Based on compelling arguments, the Court will decide.

previousTrump’s Policy To Police When Handling Suspects
nextAugust Recess Will See Congress With No Budget Plan
We use cookies on our website to give you the most relevant experience by remembering your preferences and repeat visits. By clicking “Accept” or continued use of site, you consent to the use of all cookies. Privacy Policy
Do not sell my personal information.
Cookie SettingsAccept and Close
Manage consent