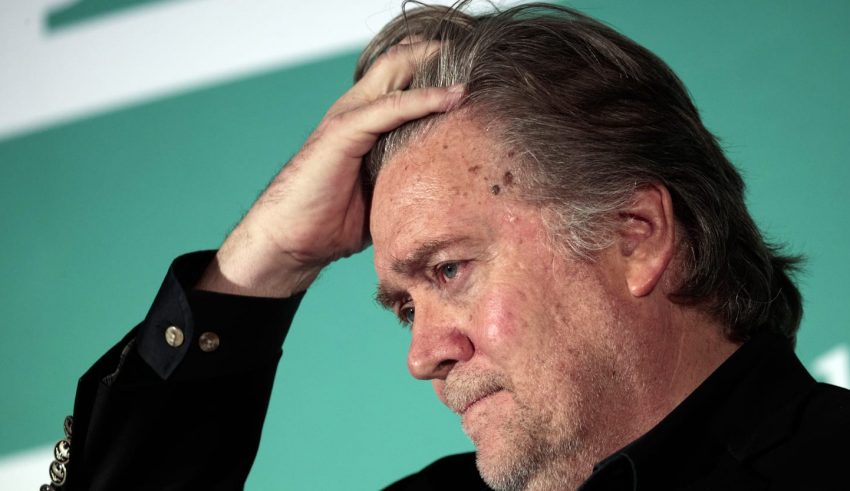 The book that Steve Bannon wrote had created a wave of tension in America. The book which was published by Michael Wolff had become a legal matter.

It saw Wolff’s popularity rise from a column writer to a mainstream newsmaker. A letter was sent to Bannon and Wolff with a warning about defamation towards Trump and his family.

Trump said the book was full of lies and was adamant that they should cease and desist. Those of the GOP who were allies of Bannon are now rethinking their need of him. Some have already backed out from requiring his services.

Rebekah Mercer said “my family and I have not communicated with Stephen K. Bannon in many months and have provided no financial support to his political agenda, nor do we support his recent actions and statements.”

It was reported that Trump spoke to Mercer by phone before she issued a statement on Bannon.

“Yesterday morning, he was key. Today, I’m not sure,” said Rep. Steve King. “I’d like to see how it plays out over the next few days and see if he’s willing to walk some of this stuff back. How he responds will determine his role.”

Sam Nunberg, a friend of Bannon’s and a former Trump campaign adviser gave comments on the drama. He said “Steve has an emotional connection to the president and to the Mercers, and I’m sure this is hitting home.”

White House spokesman Hogan Gidley didn’t hold back any punches as he talked about Bannon.

He said “obviously over the course of Mr. Bannon’s time in the White House, you’ve seen the results which he’s produced, which is zero, and the president fired him for it.”

“But right now, Mr. Bannon came out and lied about the president, attacked his own family. So all bets are off,” Gidley warned.

Wolff was allowed into the White House, now the question being asked was why?

“It’s obvious that Mr. Bannon spent his time at the White House talking to author Michael Wolff instead of doing his job,” Gidley added.

It was suggested that Brietbart News should fire Bannon who is the Chairman.

Sanders said “I certainly think that it’s something they should look at and consider.”

Bannon concerns are many as he faced possible exclusion from Breitbart News and getting sued.

However the issue goes for Bannon, it was possible the damage was already done. What would Trump be able to do in convincing Americans the book was full of lies?