November 27, 2020
Home News Survivors Of Florida Mass Shooting Have An Audience With President Trump And Others 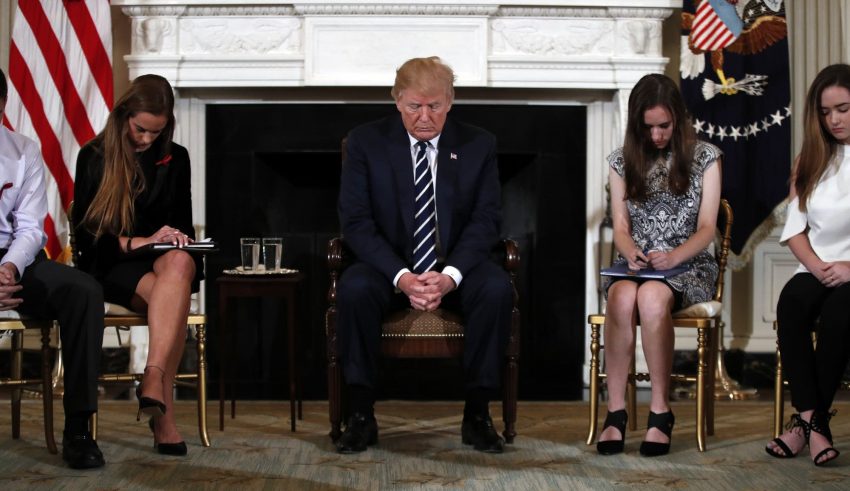 The mass shooting in Florida wasn’t the first school shooting. It could however be the drawing line among citizens who are fed up.

Many children who suffered some sort of trauma at the hands of the perpetrator spoke out. Students lost friends and schoolmates and thought enough was enough.

They were given an ear by Trump who spoke to them face to face. He and some of his staff sat together to talk to students and parents.

Trump felt that arming teachers would be a good idea to prevent mass shootings. The question to ponder was if this would really make a difference or create a bigger problem?

Many expressed their disapproval of how Government was handling the gun control situation.

Andrew Pollack a parent who lost his daughter Meadow in the shooting was angry and it was noticeable to all present.

“I can’t get on a plane with a bottle of water. But some animal can walk into a school and kill our children. … It should have been one school shooting, and we should have fixed it,” he said. “We as a country failed our children.”

“I’m pissed!” he said, raising his voice. “My daughter — I’m not going to see again! She’s not here. Never, ever will I see my kid. I want it to sink in. It’s eternity. My beautiful daughter, I’m never going to see again.”

Since the shooting, town hall meetings have been heated, with lawmakers feeling the anger of the people.

Marco Rubio received heavy disapproval from those attending the meeting in Florida. He said that he didn’t support an assault weapon’s ban.

In a conversation with a parent he said that a ban wouldn’t solve anything. A representative of the NRA was also present.

“If I believe that that law would have prevented this from happening I would support it. But I want to explain to you why it would not,” he said.

Rubio was asked a question by Fred Guttenberg, whose daughter was killed in the incident.

Rubio said every semi-automatic rifle in the Country would have to be banned. Hi response was met with boos.

He replied “Fair enough, fair enough. That is a valid position to hold.”

Rubio received backing from the NRA in the last election so many considered his comments biased.

He was asked a question by Cameron Kasky who was one of the organizers for the planned student march in Washington.

“Can you tell me right now you will not accept a single donation from the NRA?” Kasky asked.