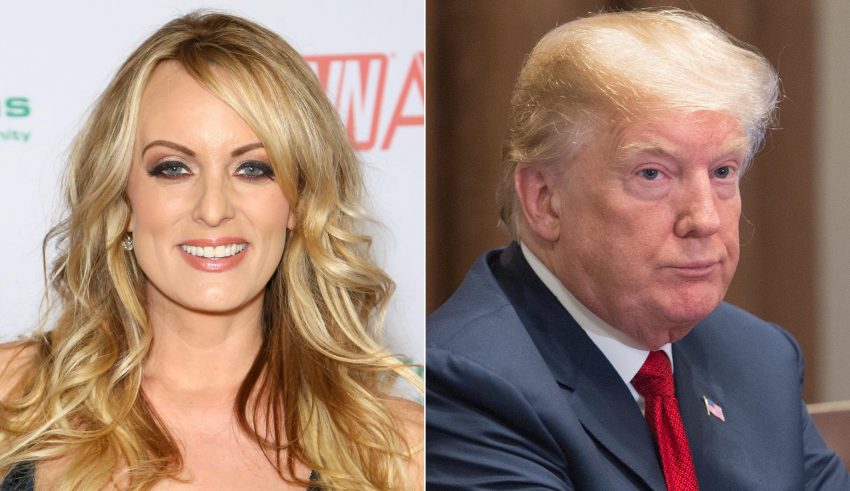 It was reported that Trump offered Stormy Daniels hushed money. It was also said that she was threatened to keep any details about her and Trump private.

The situation was so dire that Trump’s lawyer submitted a document requiring her to shut up.

This was met with stubbornness from Daniels who had her lawyer deal with the matter. She not only defied what the document said but was now suing Trump.

It was reported that she had recorded an interview with CBS for their “60 minutes” show.

The date for the interview’s release wasn’t given, but the matter was definitely becoming a bigger issue for Trump.

He said “the idea that somehow President Trump didn’t know anything about this and that Attorney Cohen was just running off and doing what he thought was best without any consultation with President Trump, it is patently absurd.”

Sarah Sanders spoke to reporters at a briefing. She disclosed information wasn’t admitted by the White House till now.

“I can share that the arbitration was won in the President’s favor,” Sanders told reporters. “I would refer you to the President’s outside counsel on any details beyond that.”

The chaos was blamed on Michael Cohen. Trump called the news fake and said there was no chaos at the White House. This was another accusation that his administration faced on a daily basis.

“Michael Cohen would walk across a pit of hot coals for Donald Trump, and it doesn’t surprise me that he would do something on his own whether (Stormy Daniels) is telling the truth or not,” a former campaign official said. “He’s the most loyal person in Donald Trump’s orbit that doesn’t have the same DNA as Trump.”

The allegations were troubling for Trump. He didn’t admit this but it was clear that all was not well.

“I really think this is a slow-moving train wreck for Trump in this case,” Nicholas Fortuna said, “because he is not going to have the opportunity to keep this quiet.”

“This scandal poses serious problems for Trump and the White House, which is why American Bridge is doubling down on our legal efforts,” David Brock said. “The FEC must investigate.”

It was a known fact that scandals had caused Presidents of the past to resign or be impeached.

“It actually presents a relatively clean issue for the court,” said Lawrence M. Noble, a former top lawyer at the Federal Election Commission. “What she signed amounts to a gag order, and she has rights if this agreement is not found to be valid.”