November 27, 2020
Home Opinion Could Stormy Daniels Accusations Be Fueled By A Political Party? 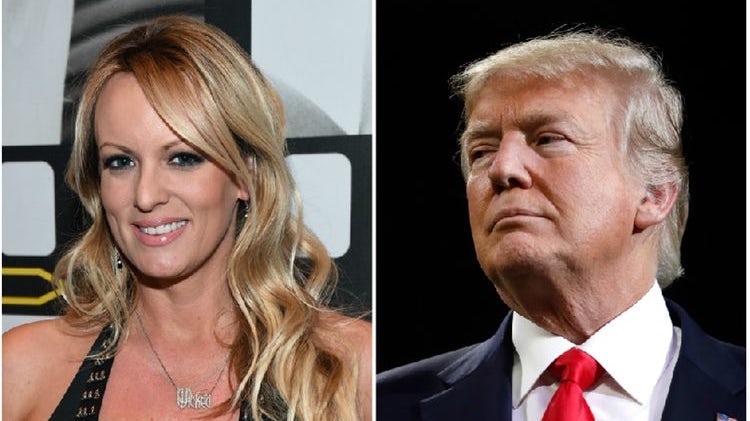 Stormy Daniels whose real name is Stephanie Clifford was on a high. The former adult star made headlines with her accusations about her affair with Trump.

This made her popular and now she was receiving monetary requests to share what she knew. Her lawyer said over ten people reached out to her.

But what was the purpose of Daniels’ efforts. Was it all about money or was it more related to political efforts.

This was a question that was well warranted as there were those who wanted to see Trump’s role as President ended.

Daniels decided that despite threats to remain silent she would share her story. She had already done a recorded interview with CNN’s “60 seconds.”

She was in demand now and she boasted about it readily.

“Now, yes, I’m more in demand,” she said. “Like I said in the Rolling Stone interview, if somebody came up to you and said, ‘Hey, you know that job that you’ve been doing forever? How about next week I pay you quadruple,’ show me one person who’s going to say no.”

The amount of phone calls and offers received just showed how much persons wanted Trump gone.

However some of the calls aren’t about her story but more about what she does as an entertainer.

Michael Cohen claimed that Daniel’s lawyer was putting her at a disadvantage. He claimed that she could suffer monetary loss.

“I believe Mr. Avenatti’s actions and behavior has been both reckless and imprudent as it opens Ms. Clifford to substantial monetary liability, which I intend to pursue,” Cohen said Friday. “I question whether Mr. Avenatti has weighed his desire for 15 minutes of fame versus his client’s welfare. Time will ultimately prove that I am right.”

Avenatti also had his own opinion of Cohen and saw things differently.

“Mr. Cohen is proceeding in a private arbitration hidden from public view in an effort to further hide from the public the true circumstances of what happened,” Avenatti said.

So what was really the purpose of Stormy Daniels coming out? Was it about money or was there something much bigger going on?