February 24, 2021
Home Opinion Stormy Daniels Could Prove To Be A Storm In President Trump’s Life 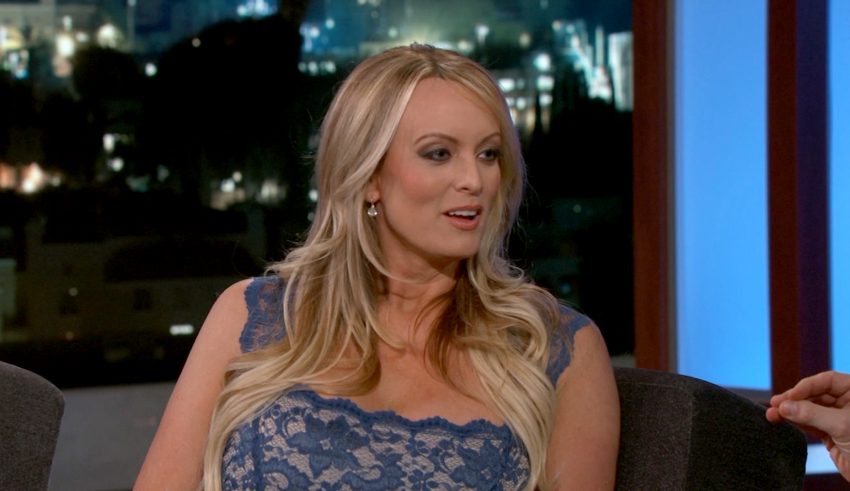 Stormy Daniels could prove to be a thorn in President Trump’s side. Her accusations against him could be a storm brewing.

Both sides made many claims and now the situation had intensified. The issue was now very public and it seemed that the gloves would be coming off.

Daniels, whose real name is Stephanie Clifford was under pressure to keep quiet about anything related to Trump.

Her lawyer, Keith Davidson was emailed a restraining order by Trump’s attorney to refrain from sharing confidential information.

NBC reportedly obtained the email which stated “the document itself is to remain confidential and not to be disclosed to anyone as per the terms of the Judge’s order.”

Daniels became big news recently as she talked about her past relationship with President. At that time he wasn’t in office but her details could prove an issue for him.

Daniels claimed that they had an affair back in 2006 during a golf tournament. She shared details with Touch magazine back in 2011.

She said “he was wearing pajama pants.”

Trump denied the allegations made by Daniels and faced the matter head on.

The situation was a critical one as many leading lawmakers had found themselves in hot water over sexual allegations or infidelity.

Trump at times defended those accused, at other times he blasted some for their conduct.

Daniels claimed she was being forced to keep quiet. That was evident in the document that was obtained and upheld by a Judge.

However Daniel’s lawyer made it clear they won’t be intimidated.

“Earlier today, Mr. Cohen through his attorney, Mr. Rosen, further threatened my client in an effort to prevent her from telling the truth about what really happened,” Michael Avenatti said. “We do not take kindly to these threats, nor will we be intimidated.”

Sarah Sanders spoke to reporters about the situation and said all was well.

“I have had conversations with the president about this and as I outlined earlier, this case had already been won in arbitration,” Sanders said.

Avenatti disagrees and gave his own statement in regards to what Sanders said earlier.

“First of all, it does not appear as if he was even a party to the arbitration Ms. Sanders is referring to. How can you win something you’re not even a part of? Secondly, claiming that Mr. Trump ‘won’ at arbitration when there has been no hearing, no notice to Ms. Clifford, no opportunity given to her to respond, and no decision on the merits, is completely bogus.”

“She believes it’s important that the public learn the truth about what happened,” he said. “I think it’s time for her to tell her story and for the public to decide who is telling the truth.”

This could certainly prove an issue for Trump. Just how far will this ride take him remained to be seen.