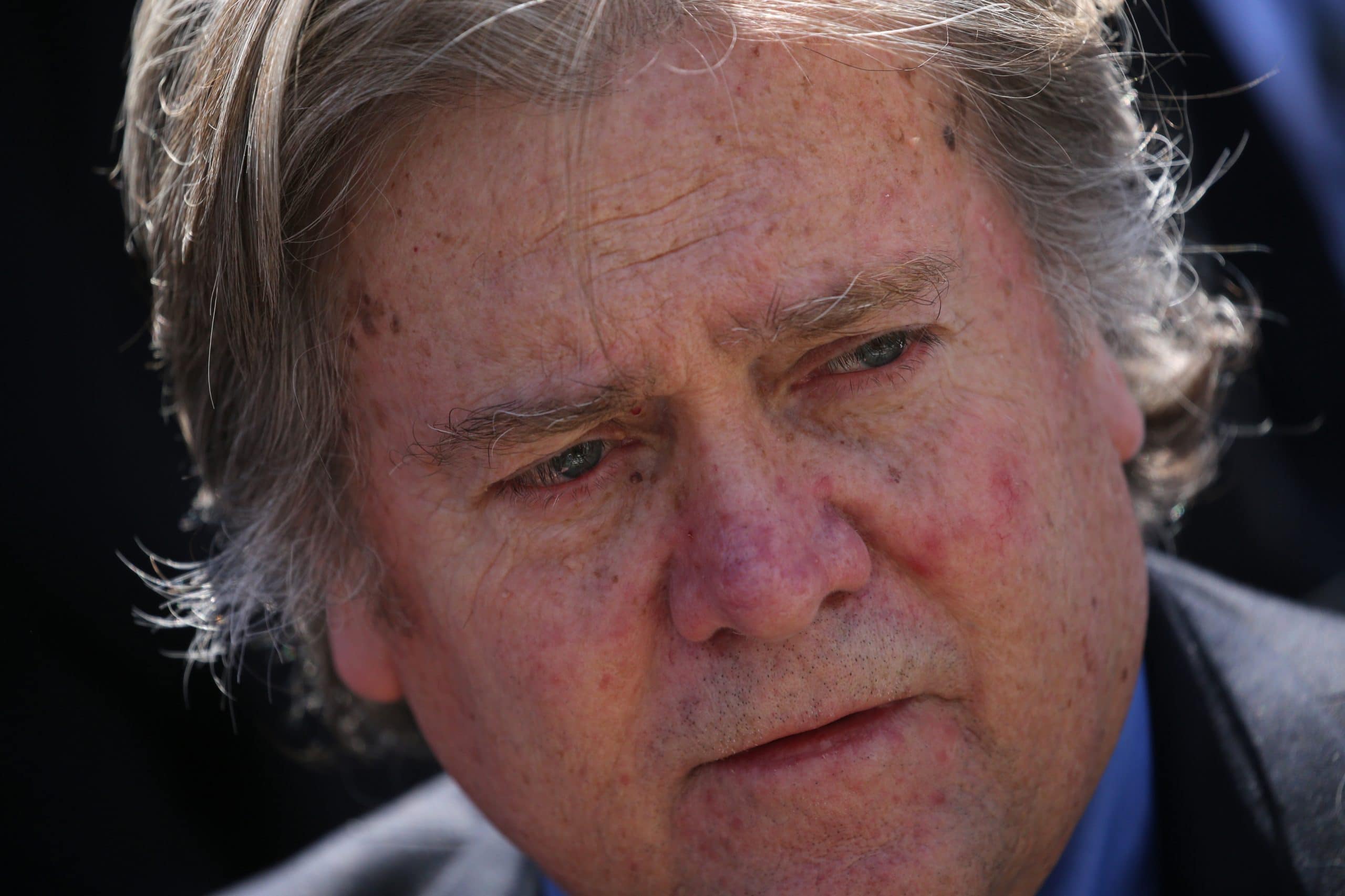 Steve Bannon is definitely keeping his promise. After he was forced to resign he threatened to go after hose opposed to President Trump.

He had much to say about recent allegations against Judge Roy Moore and the New Hampshire ballot from 2016 elections.

Bannon spoke to a group of persons as he talked about what he believed was ongoing. He had accused Democrats and some Republicans of trying to undermine Trump.

He also attacked the Washington Post about Moore. Bannon had thrown his support behind Moore.

But even as Bannon claimed it was all faked news, he faces similar accusations as well.

The Presidential election in 2016 saw Trump winning the Presidency but losing New Hampshire.

Bannon believed that Trump was cheated and said he would put money on that being a fact. He recently told this to a group called 603 Alliance.

He said “I believe strongly — and I’m prepared to put money where my mouth is — that we won the state of New Hampshire.”

“The people of New Hampshire deserve to understand what happened on that day,” Bannon said. “I don’t care if you are a Republican or a Democrat, a Clinton supporter or a Trump supporter, you can’t play games with that.”

Bannon called the report on Moore the “very definition of fake news and intentional defamation.”

The Washington Post article read “all were initially reluctant to speak publicly but chose to do so after multiple interviews, saying that they thought it was important for people to know about their interactions with Moore.”

Moore made reference to the Access Hollywood tape, comparing it to the accusations against Moore. Bannon had been a strong supporter of Moore.

He said “the Bezos-Amazon-Washington Post that dropped that dime on Donald Trump is the same Bezos-Amazon-Washington Post that dropped the dime this afternoon on Judge Roy Moore. Now is that a coincidence? That’s what I mean when I say opposition party, right? It’s purely part of the apparatus of the Democratic Party. They don’t make any bones about it. By the way, I don’t mind it. I’ll call them out every day.”

Bannon thought the matter was interesting and believed it was coincidental.

“You know, I run Breitbart, we’re kind of an advocacy group in our own way, in the way we present grassroots and present working class people and economic nationalism, we’re not shy about it,” Bannon said. “Guys come to me for jobs and I say I’m not looking to hire people who want to win Pulitzers, I’m looking for people who want to be Pulitzer. Right? So I don’t mind it, but I think it’s a strange coincidence.”

previousRoy Moore May Be Forced To Quit Race After Accusation Of Sexual Harassment
nextCIA Says Russia Meddled Trump Thinks Otherwise As Probe Continues
We use cookies on our website to give you the most relevant experience by remembering your preferences and repeat visits. By clicking “Accept” or continued use of site, you consent to the use of all cookies. Privacy Policy
Do not sell my personal information.
Cookie SettingsAccept and Close
Manage consent