November 28, 2020
Home Opinion Roy Moore May Be Forced To Quit Race After Accusation Of Sexual Harassment 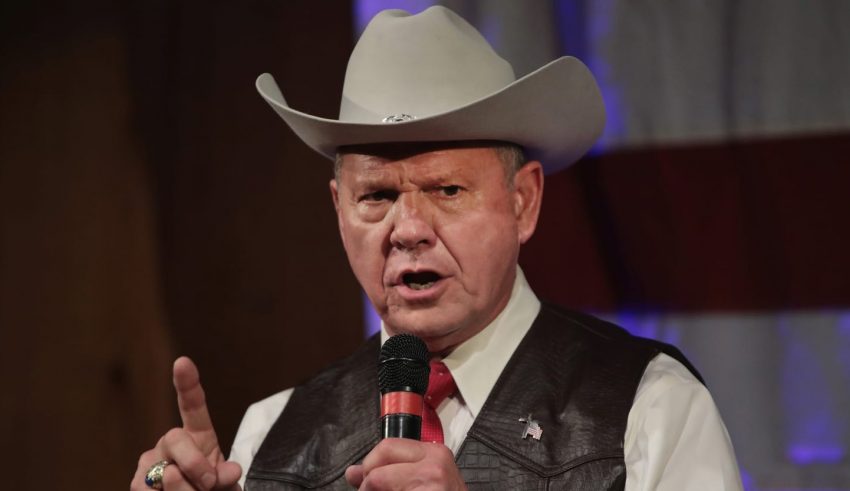 Roy Moore has been accused of sexual misconduct. A woman claimed that Moore assaulted her at the age of 14.

The incident reportedly took place in 1979 after he offered to stay with an assistant district attorney at the time.

The woman whose name is Leigh Corfman said it was during this time he asked for her number. Moore eventually met up with Corfman and took her to his house according to her.

Three other women claimed they were pursued by Moore while they were teenagers. The three women were Wendy Miller, Debbie Wesson Gibson and Gloria Thacker Deason.

“These allegations are completely false and are a desperate political attack by the National Democrat Party and the Washington Post on this campaign,” Moore said.

Moore had denied any such doings and believed it was an attempt to undermine.

But Corfman concluded she was no angel. She said that she prayed about the situation. Corfman said I have prayed over this. All I know is that I can’t sit back and let this continue let him continue without the mask being removed.”

Moore was in his 30s at the time and was also single. He reportedly convicted many people for various crimes.

Moore wrote a book entitled “So Help Me God” where he talked about his many convictions.

“I believed that many of the young criminals whom I had to prosecute would not have committed criminal acts if they had been taught these rules as children,” he wrote.

Many in the political sphere have said that Moore should quit if the allegations are true.

Sarah Huckabee Sanders said “like most Americans, the President believes we cannot allow a mere allegation, in this case one from many years ago, to destroy a person’s life.”

“The President also believes that if these allegations are true, Judge Moore will do the right thing and step aside,” she said.

Paul Ryan said “these allegations are disqualifying if true. Anyone who would do this to a child has no place in public office, let alone the United States Senate.”

Vice President Pence said that he “found the allegations in the story disturbing and believes, if true, this would disqualify anyone from serving in office.”

The matter will cause problems for Judge Moore. Even if he still continued to run he might lose because of the allegations.

That would be unfair to the Judge if the accusations are false. But if they are true then it would best for him to step down.