Could Some Senators Resigning Be Trump’s Plan After All? 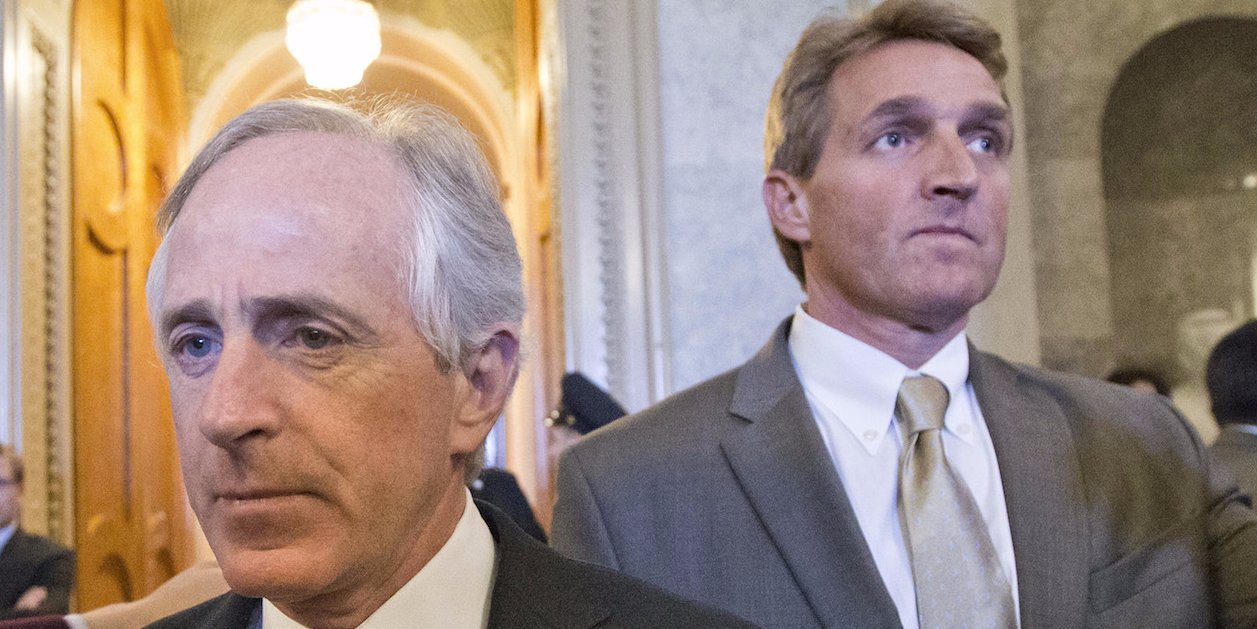 The media has been plagued with what has been deemed Trumpism. The President has found himself in constant feuds lately.

Senators Bob Corker and Jeff Flake are two Republicans who are fed up. Corker and Trump have verbally attacked each other for weeks.

Flake has shared his discontent with his Party’s direction. He believes it is moving away from traditional Republican values.

Now both of these men have announced their resignation. They have decided not to run anymore. Trump is the reason the Senators have given up.

Keep in mind Steve Bannon has pushed to rid the Party of those against Trump’s agenda as well.

Could this have been their true aim? To get men like Flake and Corker to resign?

Flake said “here’s the bottom line: The path that I would have to travel to get the Republican nomination is a path I’m not willing to take, and that I can’t in good conscience take.”

It is clear that Flake has opposing views to President Trump. He has made his position clear and won’t go against his conscience.

Corker said Trump was not being honest. He hoped the President would leave the tax plan to Congress. Corker said that he should “leave it to the professionals”; he was talking about North Korea.

Anyone can see policy was the big issue and nothing else.

Corker kept to his tune about the White House being an adult day care. He said the staff needs to “figure out ways of controlling him.”

Trump didn’t take this without some sort of response. He replied by calling Corker “liddle”, “incompetent” and “a lightweight.”

The Republican Party tried to discredit Corker’s comments. But it is clear the Party has issues with leadership.

McConnell said. “we have a First Amendment in this country; everybody gets to express themselves. But what we’re concentrating on is the agenda the American people need.”

But is that completely true? The agenda to which McConnell speaks, is it what the people need?

Some have called the resignations a win for Trump. Signaling that removing all opposers is a priority for Trump.

If all who in good conscience quit politics what will be the end result? Every society needs a Government which is honest.

The people need a Party which can lead with integrity and honor. Pushing out those who may carry such values could be devastating.

Let us all hope that this agenda is what the people need.

previousDonald Trump’s Feud With John McCain Could Be His Worst
nextPresident Trump Says Hillary Clinton Funded Dossier Against Him Is Phony
We use cookies on our website to give you the most relevant experience by remembering your preferences and repeat visits. By clicking “Accept” or continued use of site, you consent to the use of all cookies. Privacy Policy
Do not sell my personal information.
Cookie SettingsAccept and Close
Manage consent