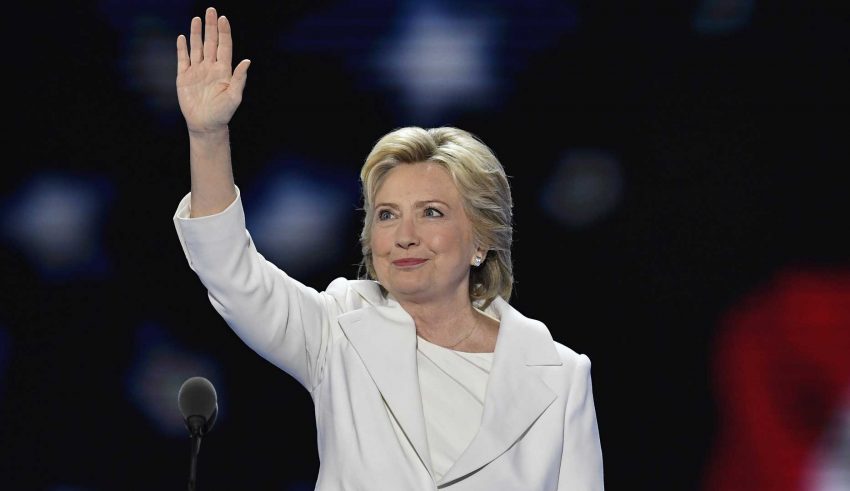 Reports indicate that the DNC and Hillary Clinton’s campaign funds paid for research on Trump. The research led to a dossier that claims he interfered in the 2016 Elections.

Fusion GPS was used by Clinton and the DNC under direction of their lawyer.  Marc E. Elias is the lawyer who chose the Washington firm to investigate.

It was said that a Republican had originally used the same firm to research Trump. Elias and his law firm then took over.

Trump tweeted that the FBI and DOJ should release who paid for the research.

Since then it has been announced that Clinton and the DNC paid for it. A spokeswoman for the DNC issued a statement.

She said “Chairman Tom Perez and the new leadership of the DNC were not involved in any decision-making regarding Fusion GPS. Nor were they aware that Perkins Coie was working with the organization. But let’s be clear, there is a serious federal investigation into the Trump campaign’s ties to Russia, and the American public deserves to know what happened.”

The President denied the claims of the dossier. He said that he is the victim in this matter.

Trump tweeted “Clinton campaign & DNC paid for research that led to the anti-Trump Fake News Dossier. The victim here is the President.” @FoxNews.

The findings of the dossier could help Mueller in his investigations.

Brian Fallon said he hopes the findings help implicate Trump. He said “I would have volunteered to go to Europe and try to help him.” He made this comment after making it clear he had no knowledge of what was done.

Fallon tweeted “I have no idea what Fusion or Steele were paid but if even a shred of that dossier ends up helping Mueller, it will prove money well spent.”

It is reported that some information will be made public, but some never will.

Fusion GPS research didn’t start with Trump and Russia, but that quickly changed. Research showed a deep relationship between them.

This led to a more focused investigation into that friendship. It is reported that initial findings were sufficient for the FBI to support Christopher Steele.

Steele was the contractor doing the research for Elias.

The information gathered was sufficient for the DOJ to hire an investigator. Robert Mueller was hired to investigate allegations.

Trump has denied any involvement. Yet investigations continue. The people of America will eventually learn the truth.

But until Mueller concludes his investigations, America has to wait.