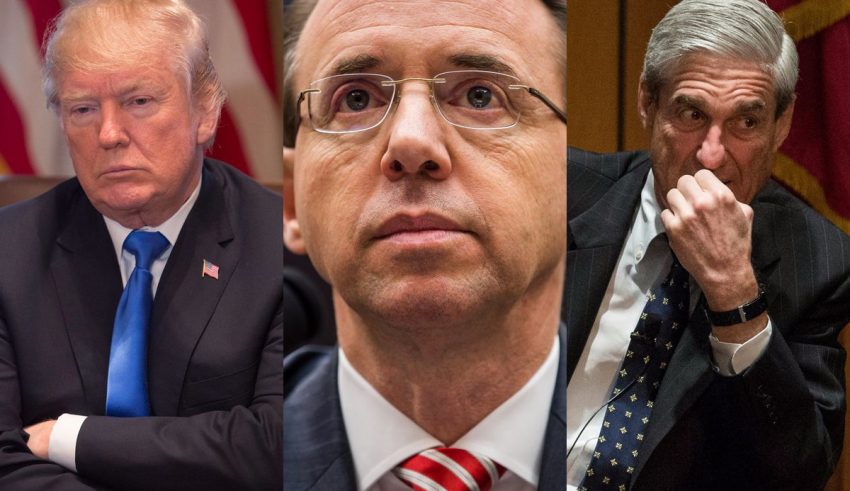 Special Counsel Robert Mueller had done something that angered President Trump. He was responsible for the raid on Trump’s personal lawyer Michael Cohen.

Deputy Attorney General Rod Rosenstein was involved as well. He was the one who allowed the FBI to do the raid.

The incident left Trump fuming and others believed Trump would respond with a decision of his own.

Four Senators were now pushing to protect Mueller by the drafting of a bill. This was nothing new as it was attempted early in Mueller’s tenor as Special Counsel.

There was also a report that Trump was considering firing Rosenstein as well. A move like this could affect Mueller who was receiving the assistance of Rosenstein.

Trump’s biggest problem was that Attorney General Jeff Sessions had recused himself from the probe. Trump also had a problem with this since it hindered him from having more done in regards to the investigation’s direction.

The intention was to introduce a bill that allowed him 10 days to seek an expedited judicial review of a firing.

The information was revealed by a source, but much couldn’t be divulged as the bill was released at the time.

Other Senators believed he won’t be fired but with the President no one really knew.

“I don’t think he’s going to be removed,” said Senate Majority Leader Mitch McConnell. “I think he’ll be allowed to finish his job.”

Another Senator had a slightly different view; he felt that firing Mueller could lead to a very big problem.

“There would be serious repercussions,” said Sen. Bob Corker. “I’ve shared with the President what a massive mistake it would be for him to do this. I’ve done that in person.”

“Stand up and say what the President is doing is wrong,” said Senate Minority Leader Chuck Schumer. “Make it clear that firing Mueller or interfering in his investigation crosses a red line.”

Rosenstein could also find himself without a job, but even though he didn’t receive the same support Mueller did there were efforts to preserve him.

There wasn’t any discussion of a bill of sort but concerns were high about firing him. There was also a concern about Sessions as well.

White House Press Secretary Sarah Sanders was asked if the President talked about firing any of these men. She replied in the negative and said “I haven’t had any conversations with him on that.”

Trump was asked why he didn’t fire Mueller and he responded by blaming Rosenstein.

“If you know the person in charge of the investigation, you know about that, Deputy Rosenstein, Rod Rosenstein,” Trump said.

What will Trump next move be, only time will tell?