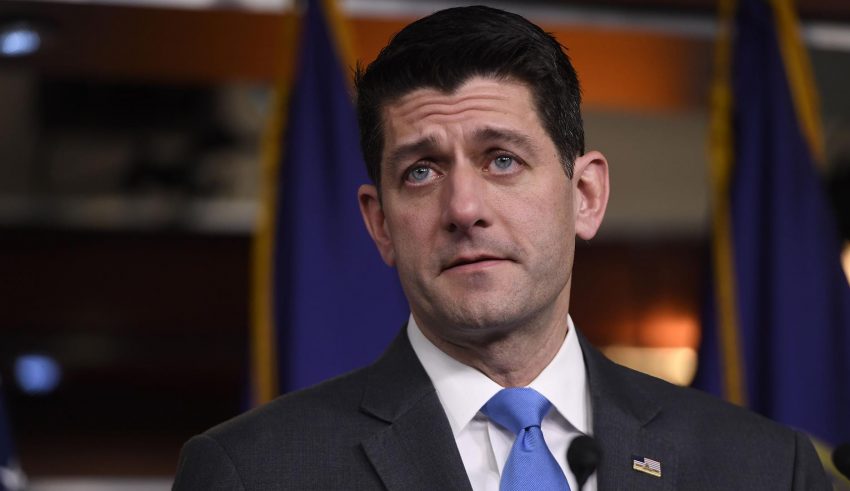 House Speaker Paul Ryan had declared he would be stepping down at the end of the year. He made it clear that he wasn’t seeking re-election.

His reasons were reported to be family related, citing he wanted to spend more time with his family.

His departure could be a turning point in the Republicans plans for this year and after. Ryan played a vital role during the year and some that Trump was in office.

He was vital in many of the decisions made in Congress. His exit from the position he now held was a blow to the Republican Party. It now meant that another would take his post and it could be a Democrat.

This however would have to be decided by vote and two names were already on the cards.

California Rep. Kevin McCarthy and Louisiana Rep. Steve Scalise were the ones expected to contest for the position.

It was believed by some that the fight could be a tight one as both men were popular men.

“Steve is the more low-key guy, Kevin is more the big handshake, but they’re equally popular,” said Rep. Peter King. “It’s not like right versus left or a good guy versus a bad guy.”

Whatever the outcome for many Paul Ryan would be missed. He had become well loved by his colleagues.

“Everything we do is coordinated between Sen. McConnell and Senate leadership with the House leadership and obviously the Speaker,” said Senate Republican Whip John Cornyn.

The belief that the road ahead would be tough was present among GOP leaders.

“It will be tougher to accomplish things if there’s a drawn out leadership race. It would be better if this gets wrapped up in a month,” said one source.

“Anything that creates a little bit of stability and predictability is a good thing. The longer something like this goes on, I think the more distracting it will be,” John Cornyn said.

Others lamented there objection to the decision by Ryan.

“His decision to retire today is not helpful in the overall picture of re-election of a House Republican majority,” Thomas M. Reynolds said.

Reynolds, a former New York congressman who oversaw the National Republican Congressional Committee shared his view on the matter.

He also said “nobody is saying this is over just yet, but there is a very significant change in the dynamic based on his choice to retire.”