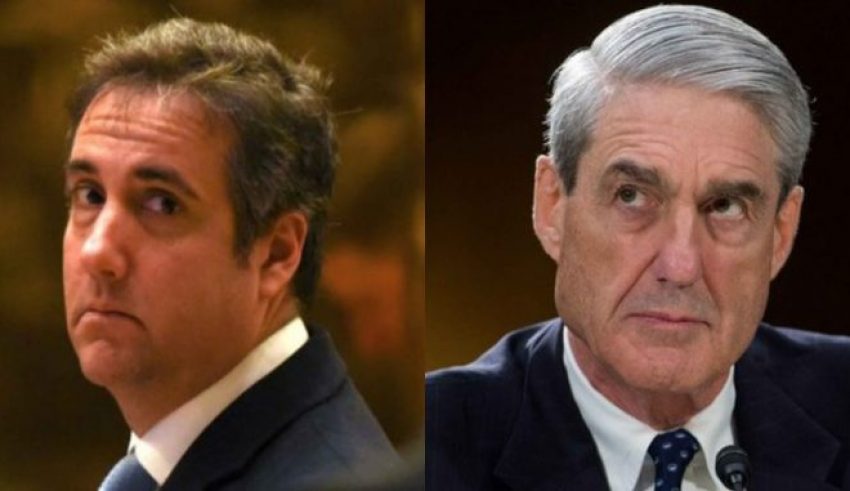 The Russian probe had become well known for its ability to affect any and every one. The latest drama in the ongoing investigation saw Michael Cohen’s office raided.

Cohen who was once Trump’s personal lawyer reentered his administration by joining his legal team. The Russian probe was looking into fraud and other matters that could lead to charges being brought against him.

Many believed that there was some connection to the President, since Cohen handled many of Trump’s personal matters in the past.

The raid didn’t go without rebuttal as Trump made his disapproval very clear. He was very upset about the incident and the investigations on a whole. He referred to the probe as a witch hunt and thought the raid was unfair.

“There is no way that they are looking for things that don’t connect to the President in some way,” Anne Milgram said.

Milgram was a former New Jersey Attorney General. She shared her sentiments on CNN’s Anderson Cooper.

She said “it really is an unbelievable day when you start to think about what is happening, what we are going to see next.”

Analysts felt the FBI had solid evidence that they would raid the office of the attorney of the President.

“We are in pretty treacherous territory here. It’s unprecedented to my knowledge to have the President’s personal attorney raided like this,” said David Gergen. “They must have been able to present evidence that was hugely compelling to take a step like this.”

The President held a briefing at the White House and said that others felt he should fire Mueller.

“Why don’t I just fire Mueller? Well, I think it’s a disgrace what’s going on. We’ll see what happens,” Trump said. “But I think it’s really a sad situation, when you look at what happened. And many people have said, you should fire him.”

Reports indicated that Mueller was responsible for sending the FBI to raid Cohen’s office.

It was believed that if the FBI found nothing it would give Trump the leverage he needed to end the probe.

“I think it’s a bet and they better find something,” said Mike Shields. Shields was a former chief of staff of the Republican National Committee.