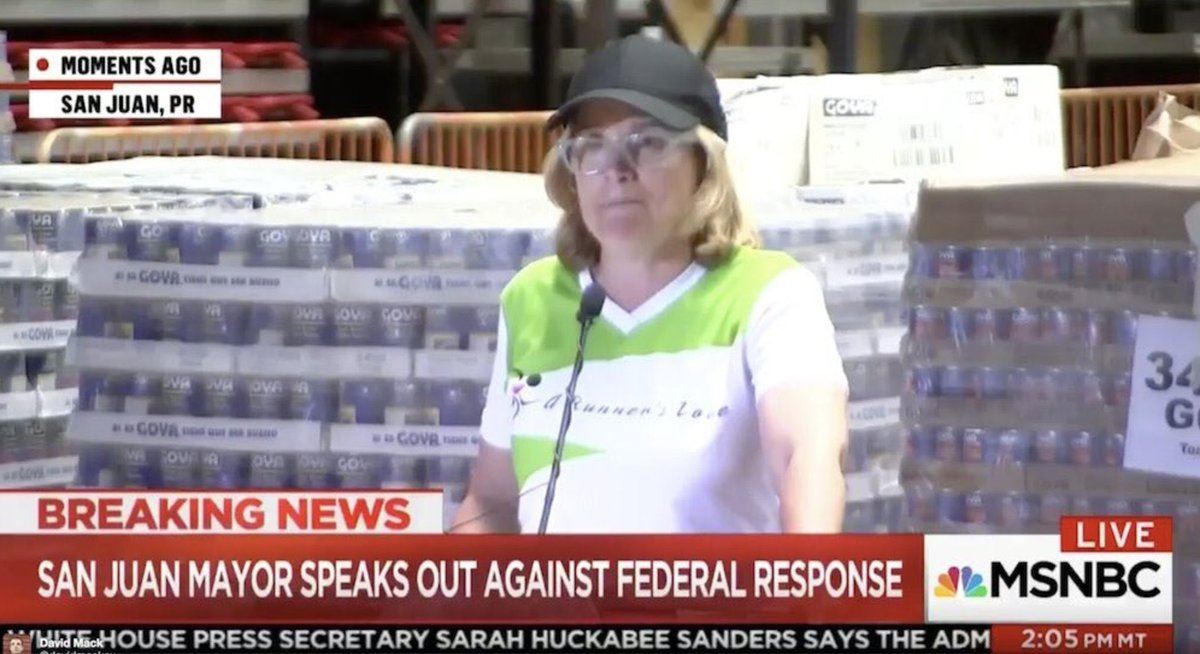 The Mayor of San Juan was in a recent war of words with Trump. She had said that help was taking too long.

Trump had said that Puerto Ricans need to help themselves. He said that Cruz wasn’t a good leader.

The Mayor said that she doesn’t have time to be political. She said that her interest was in helping her people.

But the Mayor has received criticism from some in her own Country. Angel Perez who is the Mayor of Guaynabo disagrees with her.

She also received brunt from Geraldo Rivera who is a Fox News reporter.

Trump definitely has people looking out for him. Cruz will certainly be choosing her words more wisely now.

Rivera said he has been traveling all around and haven’t seen anyone dying. His remarks came after the Mayor said people are dying out here.

Rivera met up with the Mayor. He told her “I’ve been traveling around, I don’t see people dying.”

Rivera doesn’t agree with how Trump viewed her criticism. But he certainly didn’t approve of what the Mayor said either.

He believes her criticism might be in support of a particular Party. This would be considered an unfair attack.

Maybe this whole thing is political motivated. At a time like this with a crisis, no one needs politics.

Rivera tweeted “On the ground I see the suffering-but feel deeply that attacking @realDonaldTrump for the ravages of nature &neglect is politicizing tragedy.”

On the other hand you have Mayor Angel Perez. He believes Trump has done a wonderful job to help Puerto Rico.

He accused Cruz of not attending the FEMA meetings.

Perez talked about the accusations of Cruz about receiving relief aid. He said “I don’t know why she is saying that.”

He said “we had a couple already with the governors and with representation of FEMA and of HUD. These whole Federal agencies that have given us help. We are receiving assistance from FEMA.”

“I got people over here helping us with applications for the people that have damage in their houses,” he said.

Richard Rossello who is the Governor of Puerto Rico also praised Trump for his efforts.

Standing in front of pallets of food wasn’t a smart move by the Mayor. The time spent on air could be spent helping distribute that food.

Trump is known for his tweeting and speaking his mind. But these accusations seem to carry a taint of politics.

Politics can take a rest for now; it is time to help those who are in dire need of help.

Too much grandstanding in the public eye won’t help at this stage. It is the effort that people see during the current crisis.

One cannot under look the accusation that the Democrats could be behind this. Regardless of what may be the case the people do need help.

previousWhite House Staff Faces Pressure As Questioning Begins
nextTrump Readies For War With North Korea And NFL
We use cookies on our website to give you the most relevant experience by remembering your preferences and repeat visits. By clicking “Accept” or continued use of site, you consent to the use of all cookies. Privacy Policy
Do not sell my personal information.
Cookie SettingsAccept and Close
Manage consent