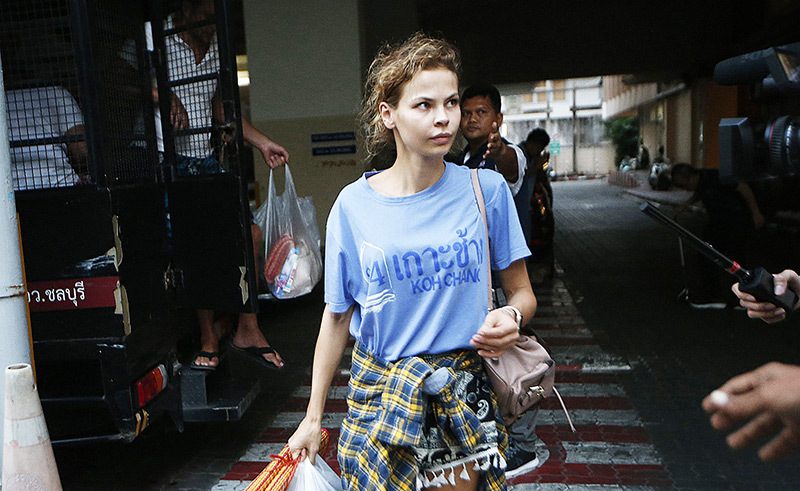 Robert Mueller and his team had been very busy. They were looking into various persons and no end seemed to be in sight.

There were ongoing cases in Court that were due to his investigations. There were requests issued for documents from the White House.

Now a former White House aide was willing to testify. He was asked to hand over thousands of emails and said this angered him. But he also stated he would be willing to speak with Mueller and do as he was required.

Belarusian escort, Anastasia Vashukevich claimed she had valuable information on Russia. She said she would pass it over if she was given American protection.

Anastasia Vashukevich said she had audio recordings that could be of use to America. She was using this as a bargaining tool for security from Russia.

“If America gives me protection, I will tell everything I know,” Ms. Vashukevich said. “I am afraid to go back to Russia. Some strange things can happen.”

The question that could be on investigator’s minds was how truthful was her accusation. Did she really have anything of value or was she simply looking for an escape from Russia?

If she did have something of value, it could help in Mueller’s investigation but that was yet to be seen.

The news that Trump’s former aide Sam Nunberg was willing to assist Mueller received a rebuttal from the White House.

Nunberg said “I think he may have done something during the election. But I don’t know that for sure.”

Nunberg had originally said he won’t cooperate, but later said he would likely cooperate. He may have already testified by his  recent comments, whether he knew it or not.

“Up until this point Mueller’s team has been so tight, we haven’t seen the leaks so it has been very difficult to see what he’s looking for,” Josh Campbell said. “I think it’s incredible, seeing today this episode unfold before our eyes because it gives us that insight into where the investigation is ultimately headed.”

Campbell was once an FBI agent and said “This guy is all over the map.”

The White House responded to his allegations. Sarah Sanders spoke during a briefing and said Nunberg doesn’t know what he was saying.

“I definitely think he doesn’t know that for sure because he’s incorrect. As we’ve said many times before, there was no collusion with the Trump campaign,” Sanders said. “He hasn’t worked at the White House, so I certainly can’t speak to him or the lack of knowledge that he clearly has.”

John Dean tweeted “This is not Mr. Nunberg’s decision, and he will be in criminal contempt for refusing to show up. He can take the Fifth Amendment. But he can’t tell the grand Jury to get lost. He’s going to lose this fight.”