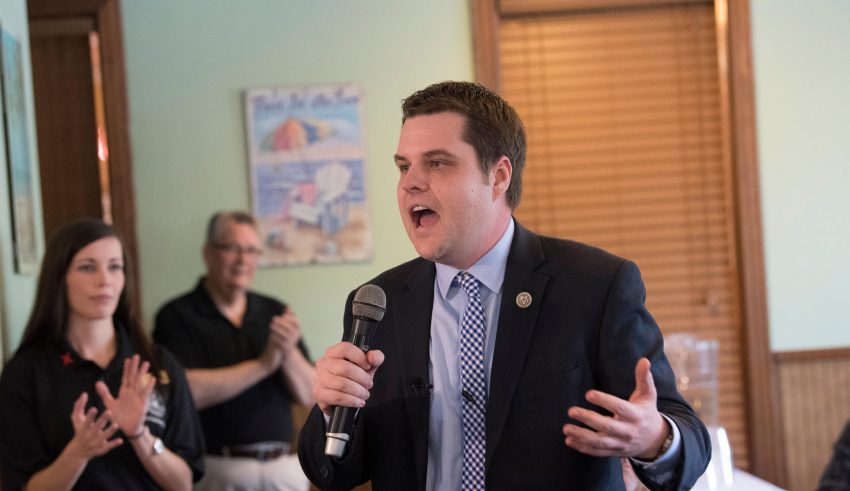 Lawmaker Rep. Matt Gaetz wants Robert Mueller fired. His claim was based on conflicts of interest.

He said “we are at risk of a coup d’ tat in this country if we allow an unaccountable person with no oversight to undermine the duly-elected President of the United States.”

“That is precisely what is happening right now with the indisputable conflicts of interest that are present with Mr. Mueller and others at the Department of Justice,” he continued.

But are his accusations valid or is he trying to keep his job safe? “I join … in calling for Mr. Mueller’s resignation or his firing,” Gaetz continued.

In 2010 a deal that saw Russia purchased a Canadian company that dug for uranium in America.

Gaetz said “these deeply troubling events took place when Mr. Mueller was the Director of the FBI. As such, his impartiality is hopelessly compromised. He must step down immediately.”

This could be an effort to keep anything on Trump from surfacing. Nevertheless no one should be exempt from investigation.

Any investigation should be fairly carried out without any bias.

Mueller’s credibility has come into question but he has found some troubling information. Mueller has already gotten a guilty plea from Papadopoulos.

Russell Taub said “I just took what George told me with a grain of salt. He sounded like a straight shooter when he talked to me, and I thought he was. … But now after all of this, I guess I have to wonder.”

Papadopoulos talked to him about being a foreign adviser to Trump. “As his adviser, I am here to show that Mr. Trump and his new Administration view Greece as a friend, and this will not change,” said Papadopoulos. Who wasn’t even part of Trump’s team?

Meanwhile Michael Flynn is concerned about his son. Flynn Jr. tweeted recently “the disappointment on your faces when I don’t go to jail will be worth all your harassment.”

Flynn’s business dealings currently have him in hot water. His main concern was for his son who was also charged.

Despite pleas by the lawmaker Trump has said he has no plans to fire Mueller.

“There is no intention or plan to make any changes in regards to the special counsel,” Sarah Huckabee Sanders said.

We will just have to wait and see where this all leads.