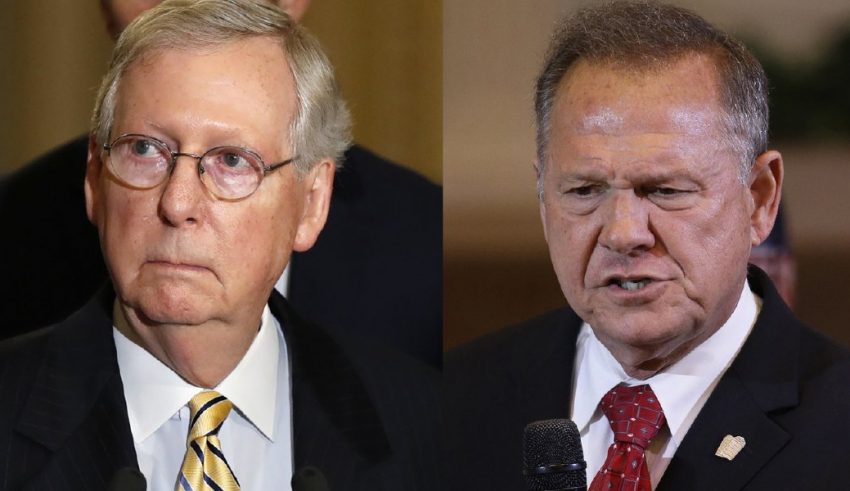 Trouble could be brewing with the case against Roy Moore. He had been asked to step down by Mitch McConnell. Moore however refused to step aside.

Now another woman had come forward claiming sexual misconduct. Beverly Young Nelson claimed that Moore assaulted her. Nelson said that at the age of 16 she was a victim of Moore.

Moore had the support of 50 pastors from Alabama. A State where it was said some Christian men date teenagers.

The biggest problem may be the call to quit. He not only refused to quit but told McConnell he was the one who needed to quit.

Moore said “apparently Mitch McConnell and the establishment G.O.P. would rather elect a radical pro-abortion Democrat than a conservative Christian.”

Moore believed McConnell was planning to destroy his career. But McConnell wasn’t the only one who had something to say.

Zac McCrary said “the more people that come out of the woodwork, the more women with similar stories, the more credible it becomes.”

“It’s going to become easier to see through Roy Moore’s nondenial denials,” McCrary continued. Zac McCrary is a Democratic pollster based in Alabama.

Senator Phil Williams said “if the people of this State go forward and select their U.S. Senator as Roy Moore, it will be because there is a deep suspicion of what has been coined as the establishment in D.C.”

“And if the establishment then chooses and tries to unseat, or in some way disavow, that candidate, it will create a backlash the likes of which the party has never seen before,” Williams said.

Despite the accusations Moore had received significant support. It was possible that was happening because of a trend among some men.

It was reported that some Christian men often dated teenage girls.

It’s not so uncommon that people would necessarily look at it askance,” said Nicholas Syrett, a University of Kansas professor who recently published a book on child marriage in America. “The South has a much longer history of allowing minors to marry, and obviously there’s some courtship or dating — whatever you want to call it — leading up to that.”

Sheryl Porter is an Etowah County resident. She said “him liking and dating young girls was never a secret in Gadsden when we were all in high school.”

The situation had grown significantly; it’s a wait and see now. Will Moore quit or be elected time will tell.

How long he will receive support also remained to be seen.