February 24, 2021
Home News Jeff Sessions Faces Questioning As He Works On Questions Of His Own 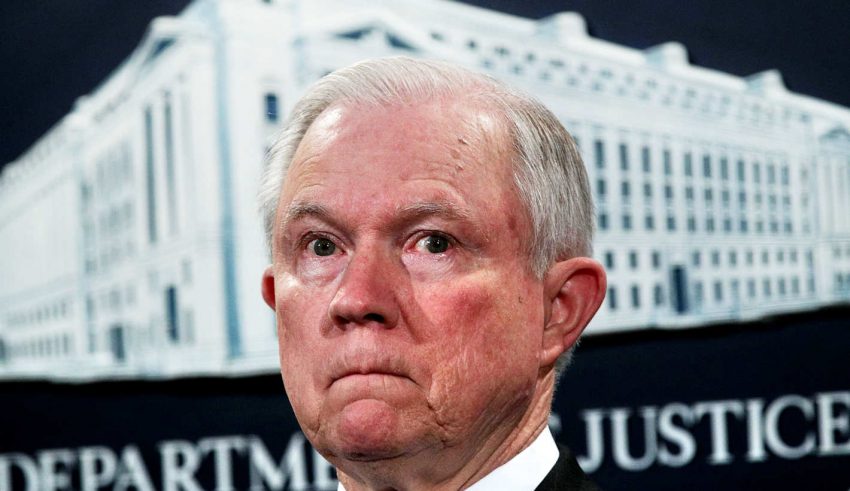 Jeff Sessions had to face Congress about the Russian probe. They wanted to know if he lied under oath. He had made it clear he had no knowledge of any interference.

Sessions maybe considering opening a Russian probe investigation as well. What was most significant was the fact he was under investigation.

Sessions was under pressure from President Trump about looking into Hillary Clinton and Democrats.

Democrats believed that Sessions knew more than he was saying. The inquiry concerning George Papadopoulos placed him in an uncomfortable position.

Can Sessions separate himself or will he be found wanting?

Democrats told Sessions “these facts appear to contradict your sworn testimony on several occasions.” He received a letter from Democrats about his testimony.

Sessions had testified in January that he knew nothing about any communications with Russia. He said “I did not and I’m not aware of anyone else that did, and I don’t believe it happened.”

At the time he was questioned by Sen. Al Franken. Then in October he faced another inquiry and said the same thing.

Documents read that Papadopoulos said “that he had connections that could help arrange a meeting between then-candidate Trump” and Putin.

J.D. Gordon who was at that meeting claimed that Sessions “shut him down and said, ‘We’re not going to do that.'”

The accusations against Hillary Clinton and an uranium deal are now in Sessions sight. He was considering a 2nd special counsel to look into the matter.

Trump had pressed Sessions and the DOJ to look into any criminal activity. Reports indicated that Sessions had “directed Senior Federal Prosecutors to evaluate certain issues raised in your letters.”

“Hopefully they are doing something and at some point, maybe we are going to all have it out,” Trump said. He really wanted to see Hillary Clinton arrested.

Jimmy Fallon thinks its all a distraction move by Trump. He said “like clockwork, just as we learn of damning details of Donald Trump Jr’s contacts with WikiLeaks, the Trump administration is firing up the fog machine to distract from the Mueller probe.”

Fallon had been very critical of Trump. He was very outspoken in recent times regarding health care reform.