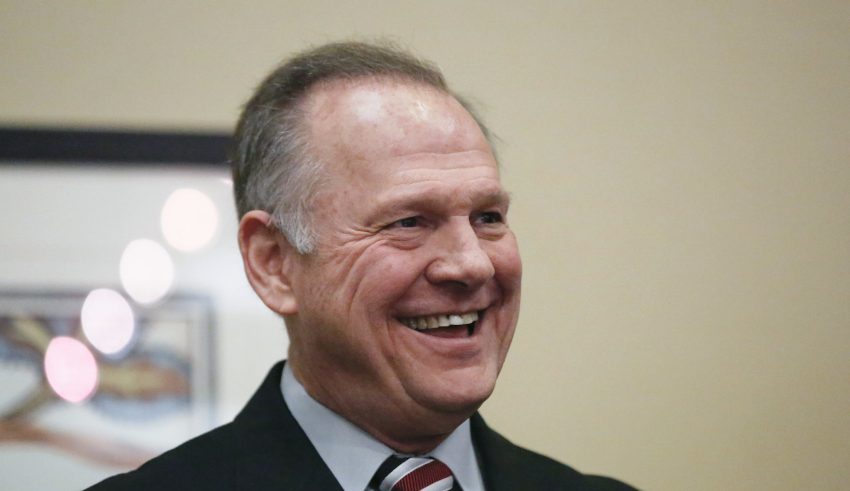 Roy Moore had denied all allegations against him. Furthermore the Judge continued his normal progress towards elections.

Questions were raised about his affiliation with evangelicals. The President and Vice President also commented on the allegations.

Alabama Governor Kay Ivey may delay the December 12 date as Republicans push for it.

None of these issues seemed to bother Moore who had used the allegations to raise funds. Moore said “the vicious and sleazy attacks against me are growing more vicious by the minute.”

He said to his supporters by “chipping in a donation” they show that they stand by him.

Sen. Pat Toomey said the “accusations have more credibility than the denial; I think it would be best if Roy would just step aside.”

What remained to be seen was if the supporters would answer in the positive. Many people might be skeptical about endorsing someone accused of such misconduct.

Moore could be hoping that his denial gains the trust of his supporters. It was worth a try, but everything hung on how persons felt.

Some people might desire to keep their names far removed from the issue. Sexual harassment had a way of staining a person’s name whether it’s true or not.

Roy Moore spoke to a group gathered at a church in Alabama. Moore talked about suing the Washington Post and his accusers.

“We’ve still got investigations going on,” Moore said, referring to his accusers. “We’re still finding out a lot we didn’t know.”

Steve Bannon had put his support behind Moore. Moore asked “why do they come now?” His answer, “because there are groups that don’t want me in the United States Senate. They’re desperate,” he said.

Ohio Gov. John Kasich said “it’s just really a matter of whether he ought to be the candidate, the standard-bearer of the Republican Party. And I just think he shouldn’t be.”

Marc Short said “Roy Moore is somebody who graduated from West Point, he served our country in Vietnam, he’s been elected multiple times statewide in Alabama. The people in Alabama know Roy Moore better than we do here in D.C., and I think we have to be very cautious . . . of allegations that are 40 years old that arise a month before Election Day.”

Short is the White House Director of legislative affairs.