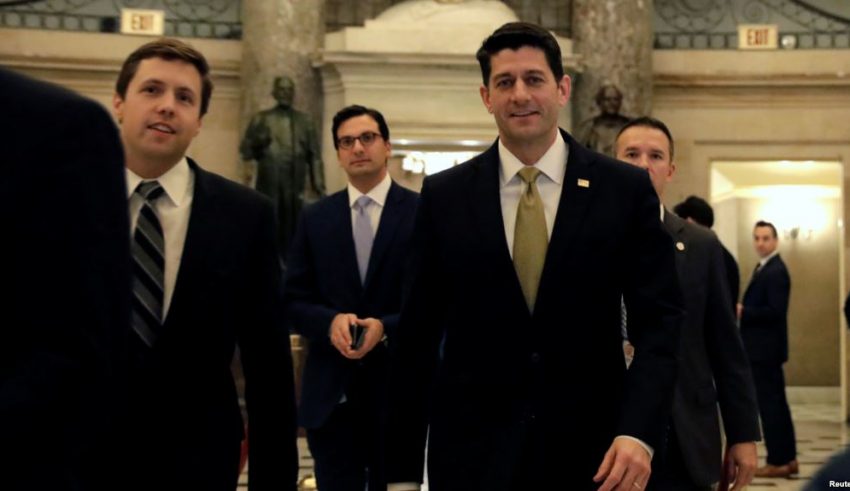 Republicans were able to extend the time averting a Government shutdown. Trump and his team was able to gather the votes needed to propose an extension.

Democrats were however not pleased by the move and threatened to vote against. They were using the shutdown to get an immigration deal enacted.

The White House refused to meet the terms of Democrats and this now put the spending bill in jeopardy.

This could create a problem for Republicans who wanted the spending bill passed. The days ahead could determine the future of America as the two Parties standoff against each other.

The Trump administration refused to make any deal with Democrats to reinstate DACA. Sen. Mitch McConnell called the proposal illegal.

He said “my Democratic colleagues’ demands on illegal immigration, at the behest of their far-left base, have crowded out all other important business.”

“And now they are threatening to crowd out the needs of veterans, military families, opioid treatment centers and every other American who relies on the federal Government all over illegal immigration.”

“We have to sit down together and solve this, with the president or without,” he said.

Everyone didn’t see the situation the same way, but it seemed ironic to call the deal illegal since the Country was made up of immigrants who made the Nation what it is today.

House Speaker Paul D. Ryan said “I ask the American people to understand this: The only people in the way of keeping the Government open are Senate Democrats.”

“Whether there is a Government shutdown or not is entirely up to them,” he continued.

Sens. Tim Kaine and Mark R. Warner said “these issues are not going away and need to be addressed immediately.”

“He has to decide whether he wants to be President and engage in necessary compromise, or continue offering commentary from the sidelines,” they said.

Democrats blame lack of negotiation as the main reason for the standoff.

“We don’t have a reliable partner at the White House to negotiate with,” Sen. Lindsey Graham said. “This has turned into an s-show for no good reason.”

Another Democrat Charles Schumer seemed to reiterate what his colleague said.

“The one thing standing in our way is the unrelenting flow of chaos from the other end of Pennsylvania Avenue,” Schumer said. “It has reduced the Republicans to shambles. We barely know who to negotiate with.”

The move was now in the Democrats half, what they do could determine the Government’s next move and the fate of the Country.