December 04, 2020
Home News Russian Probe Heats Up As More Persons Are Called Upon To Testify 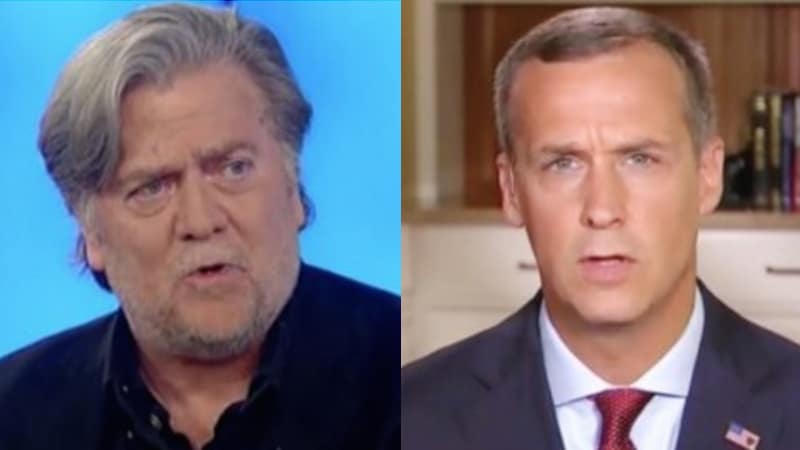 President Trump’s lawyer hoped and expected the Russian inquiry to soon finish. He had even predicted by the end of 2017.

This didn’t happen and now the inquiry had heated up. The situation had apparently reached a critical stage. It was reported that the White House had demanded the silence of those being interviewed.

Steve Bannon was now a major player in the investigation. He refused to answer any of the Intel Committee’s questions.

Since doing so he was subpoenaed, but reports indicated that he will not testify in front of a grand jury anymore.

He had agreed to talk to Mueller and therefore was no longer required to honor the subpoena.

Corey Lewandowski followed the path of Bannon, he too refused to answer questions.

“Yesterday he said on Fox that he would answer every question that we had. Today, however, he refused,” Schiff said. “To me it’s inconceivable that you would come to an investigative hearing on these issues unprepared to answer questions.”

“We as an investigative committee cannot allow that to become the routine, to allow witnesses to decide when and where they’re willing to answer questions,” he said. “This committee is treating witnesses differently than they treated Mr. Bannon.”

It was earlier reported that Trump’s allies didn’t want him to meet with Mueller. Trump apparently wasn’t interested in talking to Mueller either citing no collusion. His lawyer was singing a different tune however and said Trump was ‘very eager” to speak with him.

Ty Cobbs, one of Trumps lawyers said “there’s a big difference between a shooting star and a planet.”

“I think it’s more than appropriate for the Mueller people to explore anything they’re interested in,” Cobb said.

Cobb believed the investigation was a hindrance to the President and that it held him back.

He said “It’s very difficult for him to do anything other than to fight for his place in history.”

Steve Bannon was expected to talk to Mueller regarding what he knew. There were claims that the White House gave specific orders not to say anything when questioned.

This was believed to be the case with Bannon and possibly Lewandowski.

“We’ve been fully cooperative with the ongoing investigations, and we’re going to continue to do so,” Sarah Sanders said.

The statement seemed to imply any allegation about asking persons not to testify was false.

She also said “We encourage the committees to work with us to find the appropriate accommodation in order to ensure Congress obtains all the information that they’re looking for.”

Now that Steve Bannon had agreed to meet with Mueller; the World waits to see if this could be a turning point in the investigation.