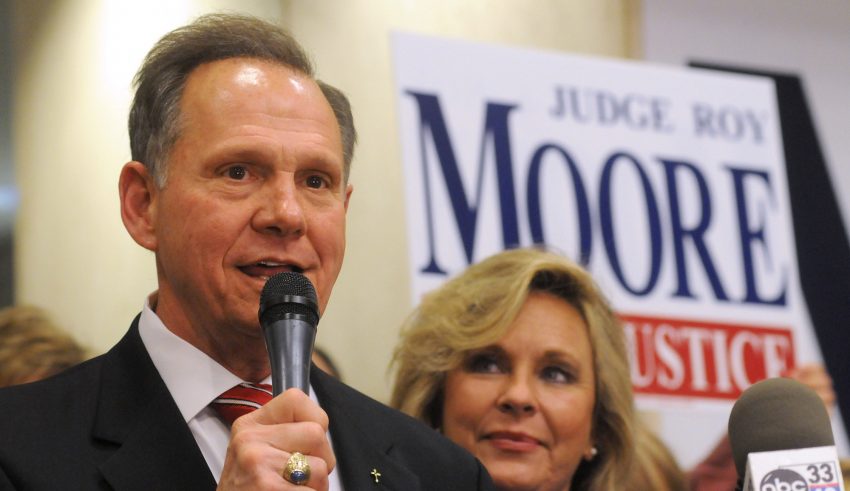 Roy Moore continued to dominate the media. His situation had not only engulfed Alabama but the entire Country.

Moore had received strong support from Pastors and the White House wants Moore there so the seat stays with him.

Trump wanted those who supported his agenda as part of his team. Roy Moore was one of the persons who fit that bill.

So it seemed that Moore’s ability to still be in the Alabama race had a deeper meaning behind it.

Trump’s reason was clearer, but what would make a Pastor say such things? Pastor Earl Wise said “there are some 14-year-olds, who, the way they look, could pass for 20.”

It appeared that he was making excuses for Roy Moore. If the allegations are true, his reasoning carried no merit to support such an act.

Wise said “I don’t know how much these women are getting paid, but I can only believe they’re getting a healthy sum.”

“How these gals came up with this, I don’t know? They must have had some sweet dreams somewhere down the line,” he said.

Franklin Graham wrote “the hypocrisy of Washington has no bounds. So many denouncing Roy Moore when they are guilty of doing much worse than what he has been accused of supposedly doing.”

William Brewbaker III wrote “as an evangelical Christian, an Alabamian and a Republican, I’m ashamed of Roy Moore and upset that so many people are determined to defend him against sexual assault allegations, no matter what.”

The White House came under fire about its refusal to drop Moore. Trump was questioned on the matter but offered no response.

Kelly Conway said “folks, don’t be fooled. He’ll be a vote against tax cuts. He is weak on crime. Weak on borders. He’s strong on raising your taxes. He is terrible for property owners. And Doug Jones is a doctrinaire liberal, which is why he’s not saying anything and why the media are trying to boost him.”

She was giving her suggestions to Fox & Friends hosts during an interview. Her reasoning was Doug Jones would be a bad choice.

Conway said “I’m telling you, we want the votes in the Senate to get this tax bill through.”

Gov. Kay Ivey said “we need to have a Republican in the United States Senate to vote on things like Supreme Court justices, other appointments the Senate has to confirm and make major decisions.”

“So that’s what I plan to do, vote for the Republican nominee Roy Moore,” she said.

Whether Moore was innocent or not the reasoning behind giving him the vote felt so wrong. Let’s hope that voting Moore into office doesn’t haunt them later.

Nevertheless he still had to win the seat it won’t be offered him on a platter.