November 27, 2020
Home Opinion President Trump’s Colleagues Concerned That His Arrogance Could Cost Them During Election Time 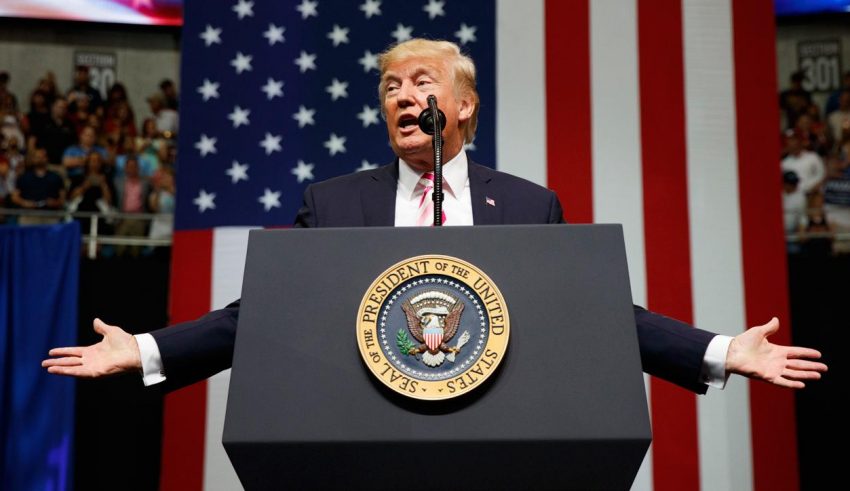 When Donald Trump won the Presidency in 2016 it came as a surprise to many including World leaders. Trump however didn’t seem surprise and relished in the moment.

It was clear that the evangelicals played a role in helping Trump win. Another factor that gave him the win was the Electoral College. Trump however lost the popular vote, even though he claimed he won that.

After that victory Trump seemed poised to use the same strategy as he showed support to his Republican colleagues. They were very concerned by his approach and are fearful he could cost them their positions.

“He doesn’t think that’s how you win elections because that’s not how he won his election,” Eric Beach said. “He knows and understands that the core issues of today are illegal immigration — including building the wall — and trade inequity.”

There were some persons who believed that Trump could be a great help but those numbers were low.

“I would expect the president and vice president to be in congressional districts all across the country,” Lee Zeldin said. “I’ve gotten nothing but positive feedback on the desire of the president’s team to be as helpful as possible.”

Zeldin was representing New York and said he would welcome Trump anytime.

The big question was how well would Trump strategy work for them. There was no guarantee that what worked in 2016 would work now.

A lot has changed since Trump took office and it could possibly work out to be negative. Election day however was more of statistics than assumptions and only it’s effects would be known after the polls.

“We need to be unified, and I know this is a frustrating business that we’re involved in, but rather than having circular firing squads, we need to be shooting outward,” Senator John Cornyn said.

Many of the Senators had their own ideas about what should be done. It was clear however that Trump was accustomed to doing his own thing. He may tolerate you for a while but eventually he would have his way.

In just a short time it would be clear what type of effect Trump’s role would play in the midterms for many of his colleagues.