November 30, 2020
Home News President Trump Willing To Shut Down Government If He Doesn’t Get The Border Wall Funding 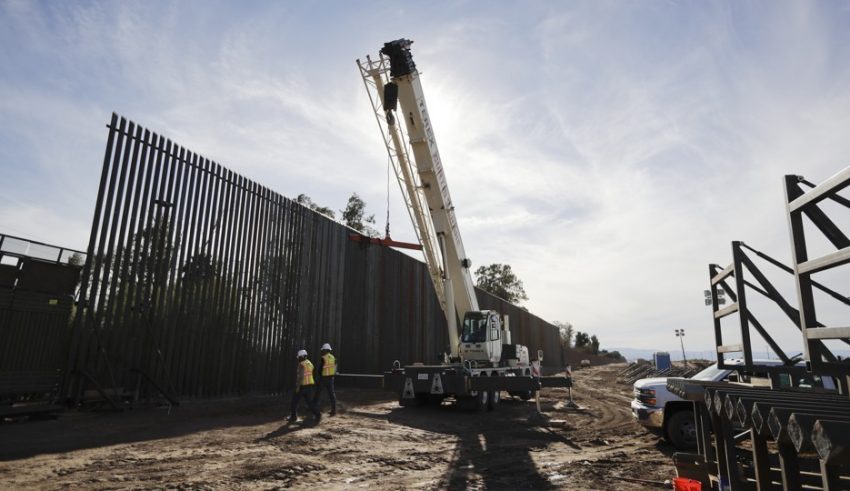 President Trump threatened to shut down the Government if Congress doesn’t fund the border wall. A few months ago he had made an attempt to assist Democrats with immigration policy in order to get that funding.

What was ironic was the fact that Democrats were willing to use the Government shutdown to get their way. That didn’t become a reality and the Dreamers were angry and even afraid of deportation.

The dust settled and DACA was ordered reinstated while Trump failed to get the funding he needed.

This led Trump to claim that the Army would pay for the wall. Something that wasn’t possible but he said it anyway.

Trump wanted the wall and was willing to use the same tactics as the Democrats to get what he wanted.

The move was in an effort to lessen the amount of illegal immigrants that were entering America through Mexico. The latest push was against a train known as the caravan that brought many immigrants into the Country.

Trump’s tone came as he pushed for the people to vote Republican during his campaign appearance in Michigan.

Trump made mention of the White House Correspondent Dinner. He received boos from the crowd as he told them he would rather be in Michigan.

“You may have heard I was invited to another event tonight, the White House Correspondents’ dinner,” he said, drawing boisterous boos from his audience. “But I’d much rather be in Washington, Mich., than Washington, D.C., that I can tell you.”

The President had long complained of border concerns. During his campaign trail he promised that he would build a border wall.

This was something Trump was still fighting to give after making that promise.

On a separate note Trump made mention of allowing some immigrants access to the Country.

“We’re going to let them in because you need them,” he said.

“We need people to be able to come into our Country, do their jobs, help you on the farms and then they leave,” he said. “Guest workers: Don’t we agree we have to have them?”

It was said the Caravan was traveling through Mexico for about a month as it heads to the U.S.

Those onboard are wearisome of a President who wasn’t keen about so many immigrants in the Country.

As Trump made his many threats time will tell how this will all end!