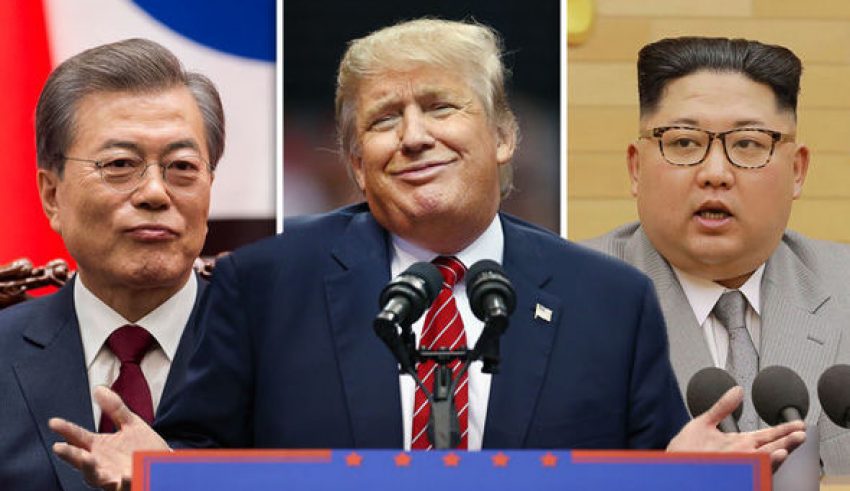 The President of the United States of America had recently said that North Korea would denuclearize. Many believed this was a misconception and doubt it would be possible.

A historic event took place in South Korea. For the first time a North Korean leader had visited South Korea.

Kim had announced that the discussion between the two men was very fruitful. Kim said that the North and South were the same people.

The North Korean leader was correct about his statement that they were one people. The land was divided into two portions the North and South, but the people were certainly one.

This new development created optimism for Koreans but is also did the same for Trump and his administration.

Trump had much praise for the development in the Korean Peninsula. This was what he wanted to hear and it was quite a different ball game from a few months back.

“KOREAN WAR TO END! The United States, and all of its GREAT people, should be very proud of what is now taking place in Korea!” Trump said on Twitter.

“Good things are happening, but only time will tell!” he added.

Trump and Kim were expected to meet soon, no date or location had been set, but Trump was looking forward to it.

The meeting between Kim Jong-un and Moon Jae-in could now open the way for positive talks. Trump and Kim meeting would be considered a historic event considering their past.

It seemed very possible as the White House recently shared a photo with Mike Pompeo and Kim.

Pompeo was recently confirmed as the Secretary of State. The visit to North Korea was before he was officially given the post.

“South and North Korea confirmed the common goal of realizing, through complete denuclearization, a nuclear-free Korean Peninsula,” read a statement signed by both leaders.

“The South and the North agreed to work diligently to win the international community’s support and cooperation for the denuclearization of the Korean Peninsula,” their statement said.

The news was a joyful occasion for the World. The leaders of many Countries looked forward to the day when North Korea would change its outlook. It seemed that time could finally be coming but it would take some time for this to be considered a reality.

“I heard you had your early morning sleep disturbed many times because you had to attend the N.S.C. meetings because of us,” Mr. Kim said. “Getting up early in the morning must have become a habit for you. I will make sure that your morning sleep won’t be disturbed.”

Mr. Moon jokingly replied: “Now I can sleep in peace.”

The World watches in anticipation to see what this new development will hold, it was an unprecedented moment.