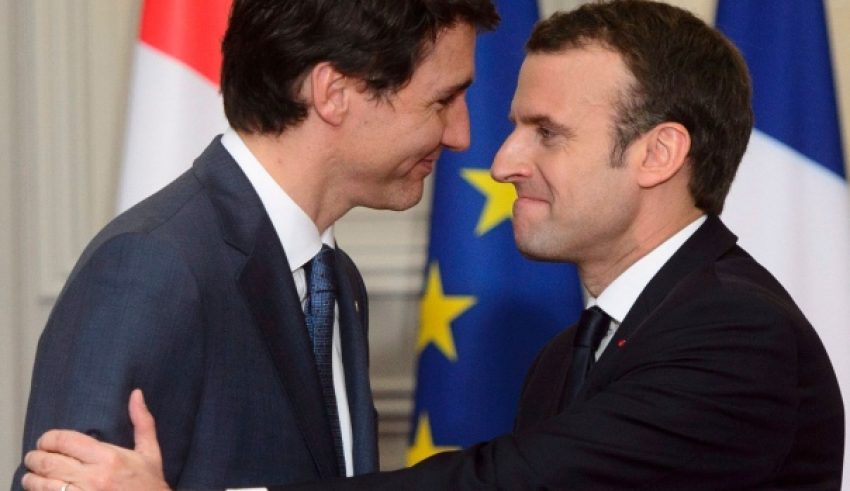 The President of the United States of America could hold the future of trade in his hands. What he does in upcoming days and beyond could have a long negative impact.

At this point he was expected to attend the G7 summit in Canada.

His recent approach to tariffs on other Countries had created much debate and confusion. Some of those who he placed tariffs on lashed out by doing the same to the U.S.

It was expected that the summit would be a heated one because of the tariffs Trump introduced in recent months. Those who were expected to be most vocal would be the Canadian Prime Minister  and the French President.

“Please tell Prime Minister Trudeau and President Macron that they are charging the U.S. massive tariffs and create non-monetary barriers. The EU trade surplus with the U.S. is $151 Billion, and Canada keeps our farmers and others out. Look forward to seeing them tomorrow,” Trump tweeted.

Trump took to his usual way of lashing out at others via social media. He continued his onslaught as the day of the summit approached.

He tweeted “Prime Minister Trudeau is being so indignant, bringing up the relationship that the U.S. and Canada had over the many years and all sorts of other things…but he doesn’t bring up the fact that they charge us up to 300% on dairy — hurting our Farmers, killing our Agriculture!”

But Trump also faced pressure from home as not everyone agreed with the way he handled trade.

“There’s a real feeling among the senators that was sent to the president that we need some sort of agreement, at least on NAFTA, by Labor Day,” Sen. Chuck Grassley said.

Trump was known for his stubbornness towards sticking with what he wanted done. It was clear that he wanted to see the trade deals on the table changed to meet his ideal.

This however was a problem for some Senators who wanted to see NAFTA dealt with.

The North American Free Trade Agreement could cast trouble on midterm elections according to some.

The Senators hoped to have a deal by Labor Day, but at this point they were just hopeful.

“The only understanding was that there’s a real feeling that sometime during the month of July there’s going to be an agreement on NAFTA,” Grassley said.

Others felt that the Senators shouldn’t try to force the President’s hand.

“This is not the time to pick a fight with the President in the run-up to the midterm election,” Senate Republican Whip John Cornyn said.