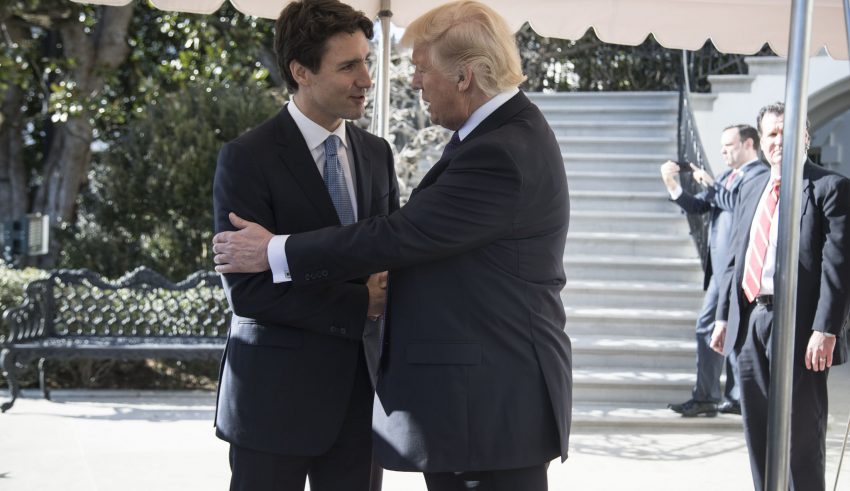 The latest G7 Summit session ended with Trump backing out of a trade statement with other Countries.

He instructed his officials to withdraw immediately from any agreement with other Countries regarding trade.

“Based on Justin’s false statements at his news conference, and the fact that Canada is charging massive Tariffs to our U.S. farmers, workers and companies, I have instructed our U.S. Reps not to endorse the Communique as we look at Tariffs on automobiles flooding the U.S. Market!,” Trump wrote.

Trudeau said that they wouldn’t be pushed around despite their politeness.

“I highlighted directly to the President that Canadians did not take it lightly that the United States has moved forward with significant tariffs on our steel and aluminum industry,” Trudeau said. “Particularly, [they] did not take lightly that it’s for a national security reason that for Canadians . . . who stood shoulder to shoulder with American soldiers in far off lands in conflicts from the First World War onward, it’s kind of insulting.”

Trump said that other Nations were treating America like their own financial base.

“Just another #G7 where other Countries expect America will always be their bank. The President made it clear today. No more,” he wrote.

The President was clearly upset by what he termed a one sided situation.

“We’re like the piggy bank that everybody is robbing,” Trump said. “And that ends.”

Trump who asked that Russia be allowed to re-enter the G7 Summit placed much of the blame on former President Barack Obama.

“Crimea was let go during the Obama administration, and, you know, Obama can say all he wants, but he allowed Russia to take Crimea. I might have had a very different” response, Trump said.

Trump said “something happened awhile ago where Russia is no longer in,” he said. “I think it would be good to have Russia back in.”

However Britain and Canada weren’t impressed with the idea and refused the suggestion. They said Russia would have to make many changes before any consideration would be given.

One of the biggest issues raised by the leaders attending the summit was Trump’s temper, they claimed he needed to cool down.