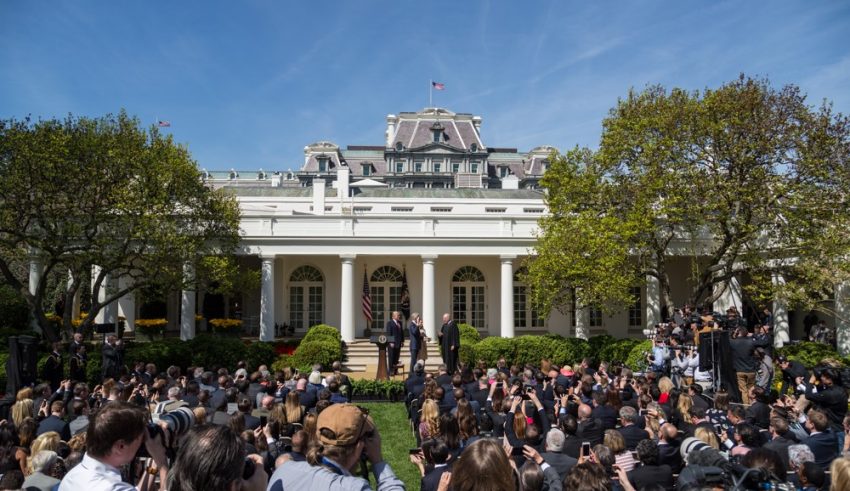 President Trump sought to keep his head high amid growing tensions between Russia and itself. He showered Kim Jong-un with praise as he pondered what would become of the trade between Iran and China.

Trump thanked the North Korean leader who said that he would be shutting down its test site later this month.

This would be a monumental moment for Trump who could now face a crisis with Iran. Since pulling away from the deal, the Iranians said they would be restarting their nuclear program.

He called the move “a very smart and gracious gesture.”

Trump had at one point accuse the pharmaceutical industry of getting away with murder.

He however had changed his view and was now lowering the prices on prescription drugs.

Trump said his announcement was the “most sweeping action in history to lower the price of prescription drugs for the American people.”

He made the announcement from the Rose Garden at the White House, but the plan was considered nothing to shout about.

“There are some things in this set of proposals that can move us in the direction of lower prices for some people,” said David Mitchell. “At the same time, it is not clear at all how they are going to lower list prices.”

Mitchell, , founder of Patients for Affordable Drugs thought it was good but was uncertain how Trump would go about this.

“North Korea has announced that they will dismantle Nuclear Test Site this month, ahead of the big Summit Meeting on June 12th,” Trump tweeted. “Thank you, a very smart and gracious gesture!”

The hope was that the plant would be closed before the June 12th summit in Singapore.

Another plan was to make travel through its air space a little easier by removing some restrictions.

Trump believed that what was promised should take place especially since Kim released three prisoners as a sign of good faith.

Notwithstanding, this wasn’t the first time that prisoners were released from North Korea. This also took place during the Obama Administration.

Trump however had done more than any other President before him. The planned summit and decision by Kim to denuclearize was a big step, one that remained unprecedented.