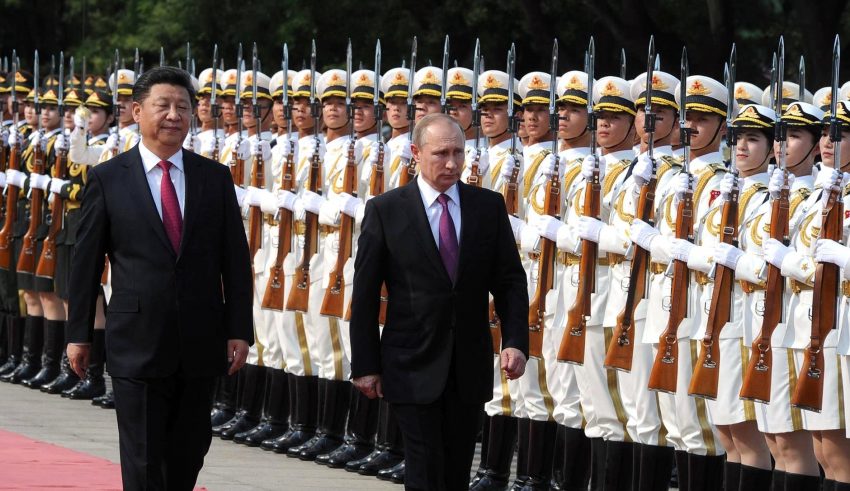 The President of America was doing well for himself regarding International Diplomacy in some places.

He however was having a more difficult time in other places.

It was becoming evident that some of the Countries with very strong armies and nuclear ability were becoming allies.

Such events were certainly a reason for Trump to sit up and pay attention. He was bragging about his accomplishments in regards to North Korea.

On the other hand China, Russia and Iran could pose a problem for the U.S.

It was also possible that Iran and Israel would face off in a war, now that Trump pulled out of the Iran deal.

It was becoming clearer that a crisis could be brewing despite small steps of progress by Trump.

The U.S. Army recently put a command back on the waters that was stopped several years ago. It was done in an effort to monitor increased activity by the Russian Government.

It was believed this move was one more focused on China and Russia, who have shown signs of solidarity.

American and Russian jets have crossed paths on some occasions. One of the latest incidents was the intercepting of two Russian bombers by two American fighter jets.

It was claimed that the bombers flew into an Air Defense Identification Zone located about 200 miles off Alaska’s west coast.

This was becoming a common occurrence and Trump wasn’t taking it lightly.

Trump was also facing issues from China as they were seemingly working with the Iranian Government.

China recently launched a new freight train connection with Iran. It was said the train could reach Iran in about 2 weeks.

America had placed sanctions on Iran after it pulled out of the deal regarding no development of building nuclear weapons.

China showed however that they won’t be controlled by no one as they did trade with Iran.

The train reportedly carried tons of sunflower seeds to Iran.

“We will continue with our normal and transparent practical cooperation with Iran on the basis of not violating our international obligations,” he said.

Trump could find the going tough as China doesn’t seemed intent to stop trading with Iran.

This could be seen at present as a sign that he doesn’t hold all the cards at this point.

He would definitely find the going tough until he can garner better relations between China and Russia, if that was possible.