November 26, 2020
Home News President Trump To Give Dreamers What They Want But Could Come At A Cost 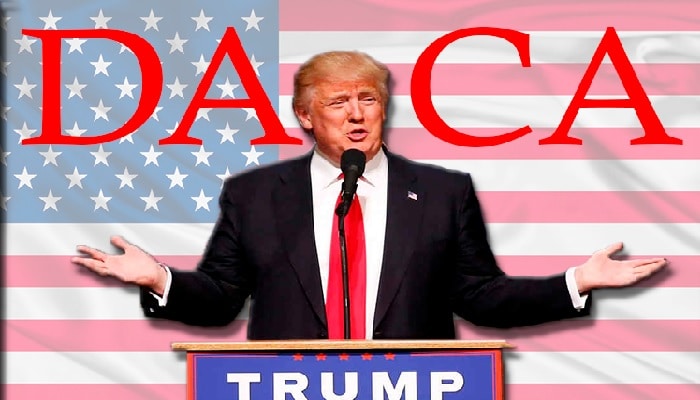 The Dreamers could very well get what they are hoping for. They might actually get more than they bargained for too.

The initial amount of immigrants was stated as 800,000, but now Trump’s new immigration proposal estimates 1.8 million.

This would be more than double the initial amount that was originally mentioned when DACA was first expected to be pulled.

This was definitely good news for Dreamers and Democrats, but maybe not so good for Trump.

This move could possibly create tension between him and his conservative supporters. Trump was motivated by the border wall, a project he wants to see fulfilled.

This could be the one thing that gets between him and his supporters.

Trump’s proposal wasn’t going down well with his Republican counterparts. It was reported that many showed disgust with his apparent attempt to have his border wall.

“If they do a great job, I think it’s a nice thing to have the incentive of, after a period of years, being able to become a citizen,” Trump said.

Michael A. Needham, the head of Heritage Action for America talked about Trump’s proposal and its effects.

“Amnesty comes in many forms, but it seems they all eventually grow in size and scope. Any proposal that expands the amnesty-eligible population risks opening Pandora’s box,” he said. “That should be a nonstarter.”

The news agency that Steve Bannon once led even added to the situation.

“This is the play being run from the White House: ‘You guys are desperate for Dreamer relief. We want most of our agenda and a little bit of yours,'” he said.

Trump has issued a proposal that could see about 1.8 million persons receiving citizenship. The policy was currently in the early phase and now had to go through the process like any other bill.

“This is kind of a bottom line,” said an official. “This is the President’s position. Then it goes to the Hill and they digest it and develop a bill they think can pass. … If it’s realistic, he’ll sign it. If not, he won’t.”

“We’re grateful for the president showing leadership on this issue and believe his ideas will help us ultimately reach a balanced solution,” said Doug Andres.

Andres was speaking on behalf of Paul Ryan, the House Speaker.