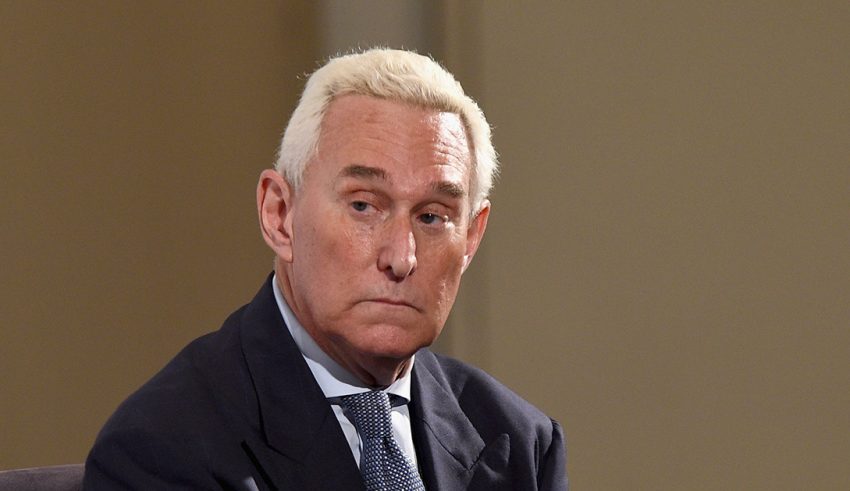 Roger Stone had made himself a target of the Russian probe by making a joke. He had said that he had met with Julian Assange.

Assange who founded WikiLeaks founder was currently sought by America for his release of confidential information.

This claim wasn’t taken lightly and saw Stone facing many questions in regards to what he said. Stone even claimed that he dined with Assange during august 4 2016.

WikiLeaks was a very controversial website which was well known for controversy. They were responsible for the release of secretive documents during 2016 Elections.

Stone tweeted “Hillary lies about Russian Involvement in DNC hack -Julian Assange is a hero.” It was during this time he claimed to have dined with Assange.

He then claimed that he was kidding and made a statement to Chuck Todd.

“It is unlikely that any one contact between someone that could be credibly connected to the Trump campaign and someone working for or with the Russians would, alone, establish the coordination,” Cotter said, adding: “The more pieces of credible evidence that the special prosecutor can find of connections between people on Trump’s team and the Russians — even if the connections go through intermediaries like Stone and Assange — the stronger the overall case.”

This had put Stone in the limelight since the exposing of emails was part of the issue regarding the Russian probe.

Shortly after the election was finished Trump wanted an inquiry into the claims made against Hillary Clinton.

It wasn’t long before those close to Trump were facing the gauntlet as well. Claims arose that embers of Trump’s cabinet met with Russians.

This saw the entrance of Special Counsel Robert Mueller. Almost one year later the probe still continued with many casualties along the way.

Stone made himself a target by what he said and even if what he claimed before was a joke, there would be a thorough investigation into the matter.

Anything related to Russian interference would certainly be assessed fully. There was a dire need to see this inquiry come to an end.

At this time the results seemed far from what investigators seek, whatever the motive may be, if any it was a long way from being finished.