November 26, 2020
Home News President Trump Dispels All Doubts About The Future Of DACA With Tweet 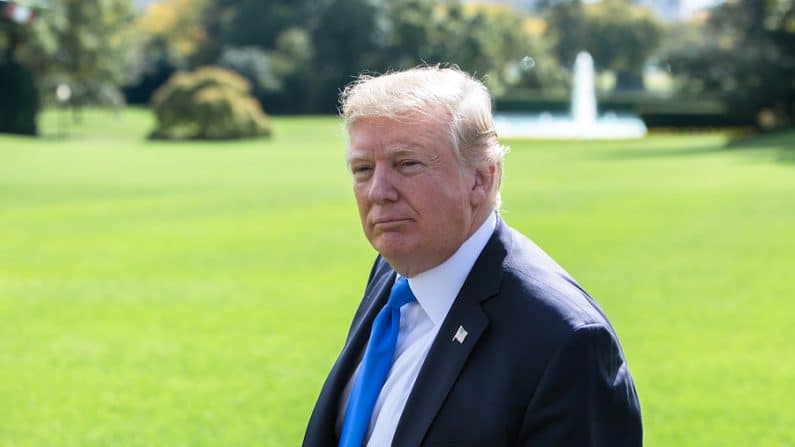 The possibility of DACA having any chance of revival sank further away. In a recent tweet Trump declared no DACA deal.

This could be seen as the final nail in the coffin as Trump was willing at one stage to make DACA a reality.

The whole idea was based on getting the spending for his border wall. That eventually fell through destroying any leverage Democrats may have had.

Trump didn’t take kindly to not getting the funding he needed and made it clear DACA was over.

He also lamented the issue with immigrants from Mexico crossing into the U.S. He said that Mexico wasn’t doing anything about the situation.

The situation wasn’t helped by the fact that immigrants were using the train system to hitch rides to reach America. There were even names for some of the trains used in such a deadly practice.

“Mexico is doing very little, if not NOTHING, at stopping people from flowing into Mexico through their Southern Border, and then into the U.S. They laugh at our dumb immigration laws. They must stop the big drug and people flows, or I will stop their cash cow, NAFTA. NEED WALL!” Trump tweeted.

Trump believed all the people trying to get into America wanted to take advantage of a DACA deal.

“These big flows of people are all trying to take advantage of DACA. They want in on the act!” Trump said in a tweet.

Prior to the tweet about no DACA deal it was evident that one wasn’t forthcoming. The proposal was not supported by many of the lawmakers; this was clear by the vote made.

Trump however made the issue even harder for any type of resolution. Well at least according to his words.

“Border Patrol Agents are not allowed to properly do their job at the Border because of ridiculous liberal (Democrat) laws like Catch & Release,” Trump said in his first tweet. “Getting more dangerous. ‘Caravans’ coming. Republicans must go to Nuclear Option to pass tough laws NOW. NO MORE DACA DEAL!”

Jeff Flake who had been at odds with Trump in recent times believed that some sort of compromise could be reached.

“There are plenty of lawmakers on both sides of the aisle who stand ready to work with the administration on legislation to protect DACA kids who call America home. Let’s do it,” Flake tweeted.

Flake seemed to be pushing Trump to change his mind after he declared DACA dead. Regardless to if Trump was bluffing or not remained to be seen.

What was clear though was the fact that at present the Dreamers had nothing on which to lay hold of.