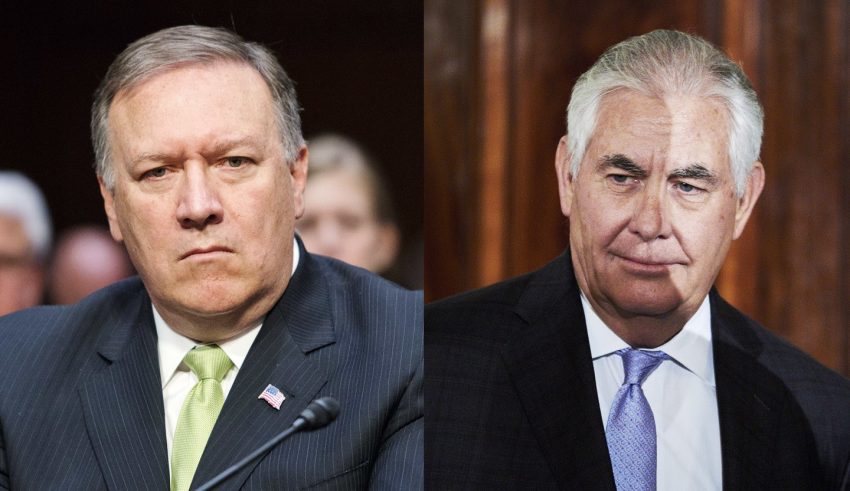 There was speculation for months about if President Trump would Fire Rex Tillerson. They had been some bad blood between the two according to reports.

These reports were however denied and Tillerson continued his role as Secretary of State. Many questions were asked in relation to Tillerson calling Trump a moron.

He never admitted nor denied the allegation but avoided answering the question. This led many to believe he may have called the President by that name.

There was also cases where Tillerson said one thing and Trump a next. Trump even tweeted about the matter telling Tillerson not to bother himself with rocket man.

Now the latest in the drama had seen Tillerson now exiting the White House.

During the recent Gridiron dinner Trump joked about who would be next to leave the White House. Tillerson name wasn’t mentioned but obviously that was a farce.

It wasn’t Melania not Mnuchin it was now known to be Tillerson. It was clear that his time had now expired and he was out the door.

At this time the details were sketchy but reports indicated that he would be replaced by Mike Pompeo.

Rex Tillerson was considered “one of the worst Secretary of State” according to one political expert.

Pompeo, the CIA Director had been chosen as Tillerson’s replacement.

“He would bring to the position vast knowledge, experience and success in dealing with dozens of governments and leaders in every corner of the world,” Robert Gates said in a statement. “He is a person of great integrity whose only goal in office would be to protect and advance the interests of the United States.”

The biggest problem facing any person holding office was the expectation that hung over their head.

Trump now had to hope that Mike Pompeo truly proves to be the Secretary of State he really needed.

If that doesn’t happen it would be another bad decision he would have made.