March 03, 2021
Home Opinion President Trump Backs Down From Gun Control Position As Some Supporters Back Away From Him 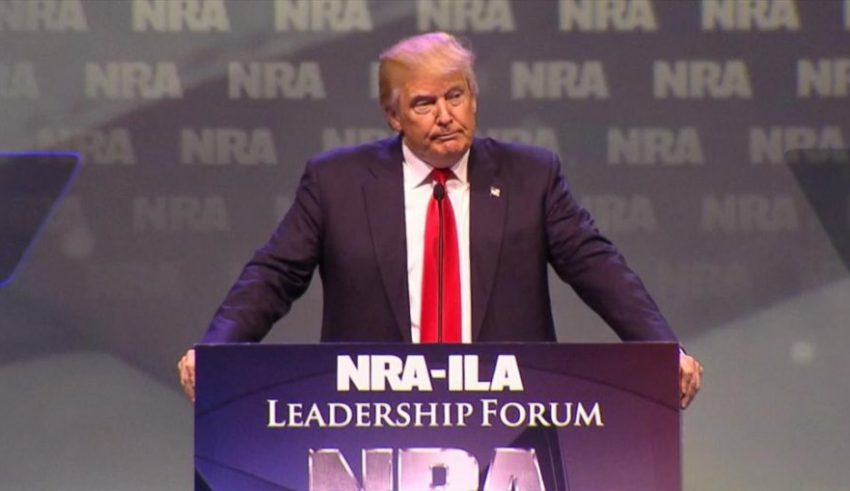 President Trump had seemingly thrown his support behind those opposed to assault weapons after the Florida school shooting.

However that thought soon vanished as he seemed keen to work with the N.R.A. The reality had now set in and many felt betrayed by a leader they thought had the people’s interest at heart.

He apparently did have the people at heart, but only a select few it seemed. The President decided on arming teachers and avoided raising the age limit for gun purchase.

This decision caused protests and the people were very disappointed with Trump’s decision and said he was owned by the N.R.A.

Trump had received strong support from evangelicals but now some had started to move away from supporting him.

Some said they preferred another person to run in his place but wanted someone strong. A name considered was that of Nikki Haley.

Carol Rains and Linda Leonhart would like to see someone else run for President under the GOP. The two are evangelical Christians who said they had no regrets voting for Trump.

They however wanted someone different at the helm now, which meant that something had caused this change of heart.

“I would like for someone to challenge him,” Ms. Rains said. “But it needs to be somebody that’s strong enough to go against the Democrats.”

“I will definitely take a look to see who has the courage to take on a job like this and do what needs to be done,” Leonhart said.

President Trump promised to help arm teachers in schools in a bid to please both the N.R.A. and those asking for gun control.

His promises were met with disapproval from protesters who said he was owned by the gun lobbyists.

“Because of the NRA lobbying on Trump, I’m glad to see that he did take action, and he did seem to take steps in the right direction,” David Hogg said. Hogg was one of the survivors Parkland, Florida shooting.

“But then once he met with the NRA, he showed that he’s no better than all the other politicians because he’s owned by them too. And it just shows the inaction because of this lobbying organization that’s continued to terrorize our children and hurt our futures,” Hogg continued.

The House was set to soon vote on laws regarding school safety. What wasn’t considered was the fact that it wasn’t only schools that suffered such atrocities.

Yet the gun law seemed limited to just that which brought the consideration of arming teachers.

If such a law was passed it might only be a matter of time to see if such a solution would work.