March 03, 2021
Home Opinion President Trump Fights For Roy Moore As Women Accusers Come Together To Have Him Investigated 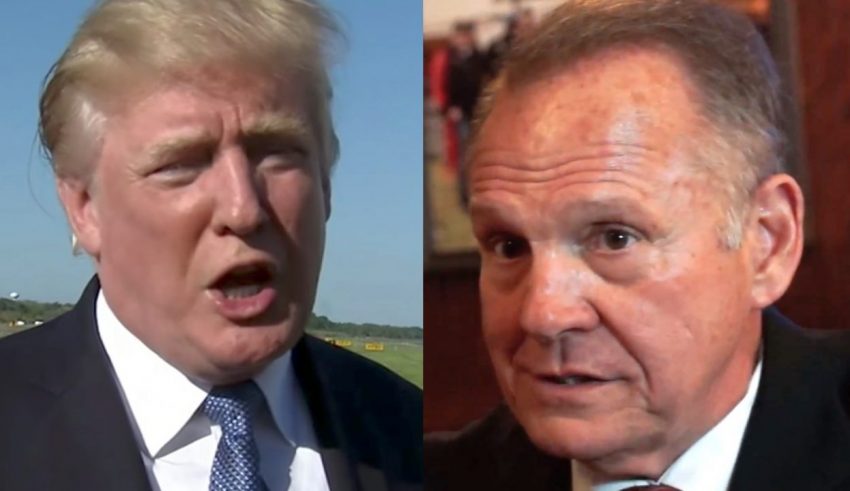 Roy Moore had gotten a little low keyed leading up to election time. He had noticeably disappeared from the spotlight for a short period.

Trump had entered the campaign trail on Moore’s behalf. He like Moore finds himself now facing allegations from women.

Trump had been very supportive of Moore despite allegations as he wanted him to win the Alabama seat. He showed less favor to other colleagues who faced similar accusations.

Moore avoided many questions as well, not just the spotlight. The accusations against him continued to mount.

Women who had been accusing Trump of sexual misconduct had united recently. They had given a press release and called for Congress to investigate their claims.

Democrats and others had been pushing for Trump to resign. This won’t be the first time a President would face impeachment.

Bill Clinton was impeached for having sexual relations with a female. The matter saw Clinton losing his Presidential office.

More than 6 women had accused Trump of sexual misconduct. In a statement the White House said the accusations were all lies.

At least 3 law makers resigned recently after facing similar allegations. Despite Trump holding the office of President, he deserved no special privileges if the allegations are true.

Trump had joined the campaign trail in support of Trump. It remained to be seen if what Trump was doing would make a difference.

Democrat Doug Jones who was Moore’s opponent was optimistic about winning. “Don’t let anyone tell you this is an election of choices to what Alabama wants to be. It is not that. We know who we are, Alabama,” Jones said. “This is an election to tell the world who we are.”

Sen. Cory Booker came out to support Jones. Booker said “please, I’m from Jersey. We definitely don’t want some people just singling out a few folks on the ‘Jersey Shore’ TV show and thinking that’s my entire state. No, there is goodness and decency and mercy and love here.”

Jones avoided getting into a dispute over anything Trump may have said about him. “I don’t have a message to President Trump,” Jones said.

Chris Soniat talked about his view of Moore. He said “in a way, Roy Moore is just his own, weird, I mean, I think he would institute sort of his own version of sharia law if he had he the chance, you know? “Banning homosexuality. Banning Muslims from participating.”

With election just a day away, the drama will soon be over. We will soon see who Alabama prefers.