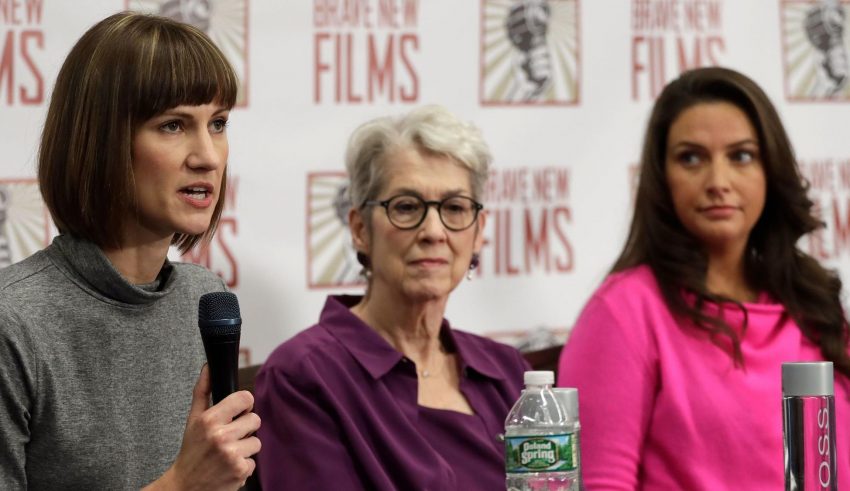 The drama surrounding the allegations against President Trump had a new twist. A number of persons claimed to have witnessed the alleged incidents.

They came forward after the women who accused Trump of sexual misconduct joined together seeking justice.

However there was some doubt about the validity of the witnesses. It was believed the motive behind the coming out had nothing to do with honesty.

Nikki Haley gave her voice to those who suffered such a fate. She said that these women should be heard.

Her statements reportedly angered the President and that could be due to him facing similar allegations.

Haley, the U.S. ambassador to the United Nations was very outspoken about women being heard. She said that women who were assaulted or accused another of assault should be heard.

“They should be heard, and they should be dealt with,” Haley said. “And I think we heard from them before the election. And I think any woman who has felt violated or felt mistreated in any way, they have every right to speak up.”

Rachel Crooks, one of Trump’s accusers made a plea to Congress.  “I ask that Congress put aside their party affiliations and investigate Mr. Trump’s history of sexual misconduct,” said Crooks.

White House press secretary Sarah Huckabee Sanders said that they would be issuing eye witness accounts. These accounts from eye witnesses would refute the claims of Trump’s accusers.

It was yet to be known what accounts Huckabee Sanders was talking about. “In terms of the specific eyewitness accounts, there have been multiple reports; I’d be happy to provide them to you after the briefing is completed,” Huckabee Sanders said.

No response was giving to those who asked for details from eyewitnesses. This won’t have been the first time an eyewitness came forward in Trump’s defense.

In 2016 during the election campaign Jessica Leeds accused Trump of kissing and groping her on a plane. This allegedly occurred in the 1970s.

Anthony Gilberthorpe claimed he was on that flight. He spoke as a witness and referring to Leeds said “she wanted to marry him.” Gilberthorpe was born in Britain.

“If he was on the airplane, he was 17 years old, a British citizen, paying first class. I don’t think so.  It’s one of those [instances of] somebody trying to get in on the story,” Leeds said

She said she never own a white pantsuit, Gilberthorpe said she had on one when giving an account of that day.

Crooks said she wanted Trump to release footage of the day he kissed her at the Trump Tower in 2005. “Let’s get that out,” she said. “I’d be more than happy for [Trump] to let that surface.”

This will certainly be a big issue for Trump. How big was unknown, it could all depends on if Congress see the accusations as credible.